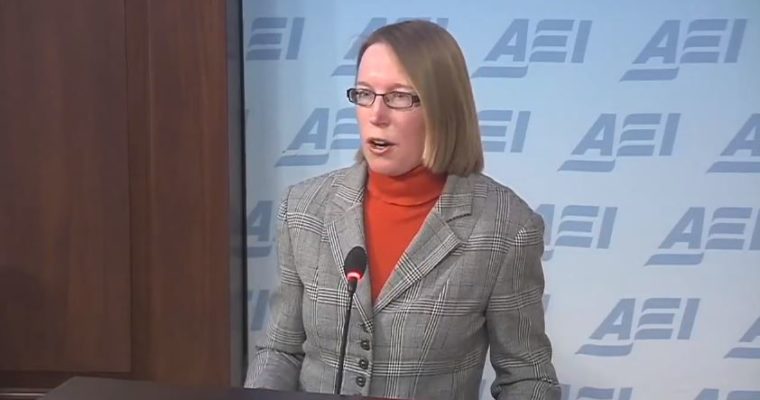 The Securities and Exchange Commission (SEC) on Thursday shot down the Winklevoss brothers’ bid to bring the first bitcoin ETF to a regulated U.S. exchange, dashing the hopes of many investors that the agency was warming to this nascent asset class. Notably, though, that ruling was not only controversial among cryptocurrency enthusiasts but also within the SEC itself.

Writing in a formal dissent published on the agency’s website, SEC Commissioner Hester M. Peirce argued that officials not only erred in denying the Winklevoss ETF but also exceeded the limited scope of the agency’s role in regulating securities markets. Specifically, she alleged that the agency allowed the state of the underlying bitcoin spot markets to carry too much weight in how it ruled on the Winklevoss Bitcoin Trust.

“The Commission’s mission historically has been, and should continue to be, to ensure that investors have the information they need to make intelligent investment decisions and that the rules of the exchange are designed to provide transparency and prevent manipulation as market participants interact with each other. The Commission steps beyond this limited role when it focuses instead on the quality and characteristics of the markets underlying a product that an exchange seeks to list.”

Peirce, a Trump administration appointee who took office in Jan. 2018, criticized the agency for engaging in “merit regulation.” The jury may still be out on whether cryptocurrency will prove to be long-term viable, she said, but it is not the SEC’s job to attempt to peer into the future and divine whether the bitcoin experiment ultimately succeeds or fails.

“By precluding approval of cryptocurrency-based ETPs for the foreseeable future, the Commission is engaging in merit regulation. Bitcoin is a new phenomenon, and its long-term viability is uncertain. It may succeed; it may fail,” she said. “The Commission, however, is not well positioned to assess the likelihood of either outcome, for bitcoin or any other asset.”

Bitcoin ETF Denial Will Harm Investors, Not Protect Them

Peirce further alleged that the SEC’s concerns about bitcoin — mainly that the underlying markets are subject to manipulation — apply to many other exchange-traded products (ETPs) that have already been approved by the agency. Officials, she said, did not apply its rules consistently to bitcoin.

Finally, she argued that the SEC’s decision will be harmful to investors rather than protecting them because it will deprive them of an opportunity to gain exposure this nascent asset class in a regulated marketplace and will also stunt cryptocurrency’s growth as an institutionalized asset.

“If we were to approve the ETP at issue here, investors could choose whether to buy it or avoid it. The Commission’s action today deprives investors of this choice. I reject the role of gatekeeper of innovation—a role very different from (and, indeed, inconsistent with) our mission of protecting investors, fostering capital formation, and facilitating fair, orderly, and efficient markets,” Peirce concluded. “Accordingly, I dissent.”