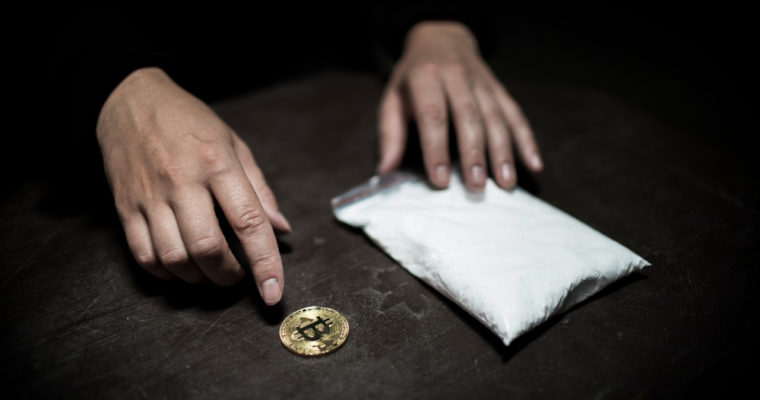 The Canadian province of British Columbia is seeking to set a precedent in cryptocurrency-related law enforcement by laying claim to $1.8 million worth of bitcoin, which it seized from a convicted drug dealer who allegedly operated under the pseudonym “ MarijuanaIsMyMuse” on the infamous dark web platform Silk Road.

The Vancouver Star reports that the unnamed man was arrested in 2015 after a fluke occurrence saw police raid his home and seize more than $100,000 worth of sealed and packaged marijuana. Seized alongside the marijuana were several memory cards, laptops and hard drives, of which three held varying bitcoin amounts.

He was sentenced in 2015 to nine months in prison for trafficking marijuana, but the issue raising dust now is the fate of the 226.4 BTC on his seized hard drives. Worth a total of approximately $31,893 in 2013, that bitcoin amount is now worth over $1.8 million.

The man, who was never convicted of carrying out drug trafficking operations on Silk Road, argues that the Vancouver Police and the Civil Forfeiture Office have no legal right to seize or hold on to his bitcoin since their allegation that he earned them through illegal activities .

In a statement provided to the media, his lawyer, Lolita Rudovica said:

“The property subject to civil forfeiture seized by the police in this proceeding is neither proceeds of crime nor an instrument of unlawful activity. We are currently in the very early stages of the case.”

The matter is complicated by the fact that before his arrest, he apparently had no criminal record. He alleges that when he went to pick up the seized items in April 2017, the hard drives were missing. Subsequent information revealed that the drives were sized by the police as part of an ongoing investigation.

He argues that this is a clear violation of a court order in 2017 to return his seized electronics four years after they were seized. He also argues that their seizure was unlawful in the first place.

A statement read out in court says:

“The defendant seeks a finding from the court that his rights were breached and seeks the exclusion of any evidence obtained by searching private property and obtaining evidence in contravention of the Charter and in violation of a court order by the VPD.”

The Beginning of a Pattern?

The Civil Forfeiture Office, on its part, says that the seized hard drives contain records of sales of several illegal and controlled substances including MDMA, ketamine, marijuana, cocaine, crystal meth, heroin, and Viagra. These records, the agency says, link the man to the “MarijuanaIsMyMuse” identity on Silk Road, and hence the drives cannot be returned.

Over and above the investigation, however, the Civil Forfeiture Office seems to be adopting a different stance on enforcement relating to cryptocurrency. According to the Office, this is the first-ever cryptocurrency seizure in its 12 years of existence, and similar seizures are likely to become a distinct possibility going forward.

A statement from the Civil Forfeiture Office provided to the media reads as follows:

“Given the proliferation of cryptocurrency and its documented use in facilitating criminal transactions in other jurisdictions, the Civil Forfeiture Office anticipates receiving more referrals from B.C. law-enforcement agencies involving alternative currencies.”