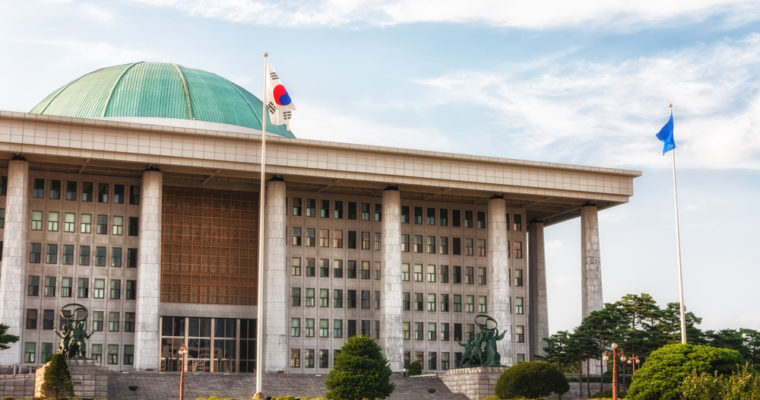 South Korea’s primary financial regulator is urging lawmakers to hasten the country’s first regulatory bill for the cryptocurrency sector amid fears of substandard security in the industry.

Hong Seong-ki, head of the virtual currency response team at South Korea’s Financial Services Commission (FSC), has joined the chorus among authorities and lawmakers seeking to regulate the cryptocurrency sector by stressing the importance of new laws centered on investor protection and anti-money laundering (AML) norms in the sector.

“while crypto markets have seen rapid growth, such trading platforms don’t’ seem to be well-enough prepared in terms of security,” the senior FSC official told Bloomberg in an interview.

“We’re trying to legislate the most urgent and important things first, aiming for money-laundering prevention and investor protection. The bill should be passed as soon as possible.”

The official’s concerns stem follows two notable hacks of cryptocurrency exchanges last month. Coinrail revealed losses of 40 billion won ($37 million) in cryptocurrency following a cybersecurity intrusion in early June. On June 20, Bithumb – one of Korea’s largest exchanges – suspended transactions after admitting to a hack resulting in losses of some $30 million in crypto tokens.

The official’s call to hasten regulation pertains to a set of crypto-regulatory bills proposed by Park Yong-jin, a member of the country’s ruling Democratic Party. The bills were submitted to the National Assembly earlier this month as drafts after its initial proposal in March.

One of the bills will seek to revise the existing Electronic Financial Transactions Act, as CCN reported previously, bringing the cryptocurrency trading sector under the supervision of the South Korean government. The bills are also seeking revisions to income and corporate tax laws to enable authorities to combat tax evasion via cryptocurrency transactions.

The bills have gained support from lawmakers across the political spectrum who are seeking to fast-track the bills through the National Assembly. If the bills are passed into law, South Korea will join Japan as one of the world’s largest regulated cryptocurrency trading markets wherein domestic cryptocurrency exchanges will be under the FSC’s direct supervision, similar to the oversight given to Japan’s Financial Services Agency (FSA).

FSC official Hong hopes to see the bills passed before the turn of the year.