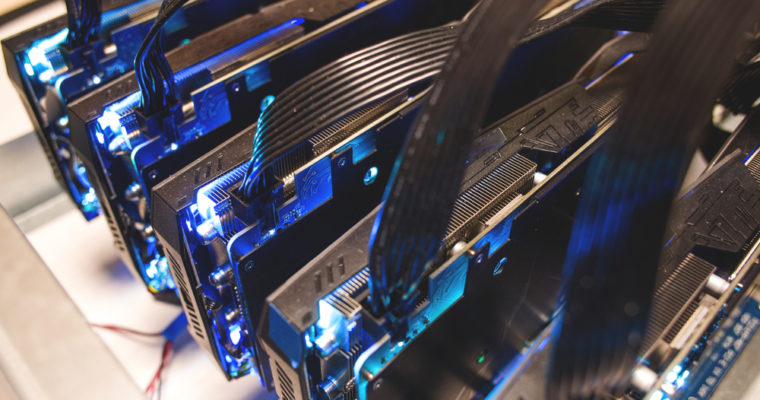 AMD has disclosed that the cryptocurrency-induced boom for sales of its GPU cards is over, for the foreseeable future.

During an earnings call the Santa Clara, California-based chipmaker revealed that graphics cards sales to cryptocurrency miners declined during the quarter that ended in June. The Graphics Processing Units that AMD and its rival Nvidia make primarily for rendering 3D graphics are preferred by cryptocurrency miners due to their high computing abilities.

Consequently, the company’s Computing and Graphics division saw revenues in the second quarter fall by 3% quarter-on-quarter. Total revenue, however, increased by 53% year-over-year leading to the company’s stock appreciating by 5% after the announcement.

An excerpt from its Q2 report read:

The quarter-over-quarter decline was primarily related to lower revenue from GPU products in the blockchain market.

From Double to Single Digit Growth

In a post-earnings call the chief financial officer of AMD, Devinder Kumar, said that in the first quarter the sales of graphics cards to cryptocurrency miners accounted for around 10% of the overall sales of the chipmaker. According to the company’s CEO, Lisa Su, the revenues generated from the blockchain market will continue to decline.

“For Q2, we were approximately 6% of revenue for blockchain. For Q3, we’re planning very little blockchain.” Su told analysts in an earnings call according to Business Insider.

Boomed as Bitcoin Shot to the Moon

As the prices of cryptocurrencies soared last year there was a rapid rise in the demand for GPU cards from miners. During this period AMD’s market share in the GPU market rose from 27.2% to 33.7% last year in the fourth quarter when bitcoin was on the cusp of reaching record highs. In September, for instance, the AMD Vega 56 graphics card was released but it sold out within minutes and this was blamed on the high demand from cryptocurrency miners.

While the rising demand resulted in increased revenues, AMD acknowledged earlier this year that being heavily dependent on cryptocurrency miners was not a good business strategy due to the challenges that plague the sector such as regulatory uncertainty.

“The cryptocurrency market is unstable and demand could change quickly … If we are unable to manage the risks related to a decrease in the demand for cryptocurrency mining, our GPU business could be materially adversely affected,” wrote AMD in a U.S. Securities and Exchange filing earlier in the year.

While the declining demand for GPU cards from cryptocurrency miners is not a cause of celebration at AMD, it is expected to be a boon to gamers though. This is because it has resulted in the prices of the GPUs falling making them more affordable for gamers. AMD’s high-end OEM 4GB RX 580 GPU card had, for instance, had risen to a price of US$3,600 but has now fallen to around US$2,500.