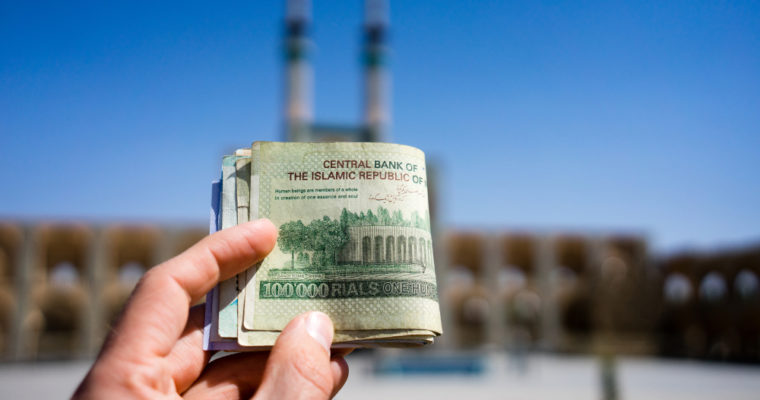 Iran is preparing to launch its own “indigenous” state cryptocurrency that authorities envision will help the country circumvent the latest economic sanctions enforced by U.S. President Donald Trump.

According to Iran’s state-affiliated news outlet Press TV, domestic authorities have already initiated “a plan to create an indigenous cryptocurrency” that will function both as a domestic currency and an international settlement token for global trade and commerce while evading western financial sanctions.

The noteworthy announcement was made by Alireza Daliri, the deputy for management and investment affairs at Iran’s Directorate for Scientific and Technological Affairs of the Presidential Office, this week.

Daliri notably revealed that the initiative is being developed in cooperation with the Central Bank of Iran (CBI). The effort will see the cryptocurrency fundamentally pegged to Iran’s national currency, the rial, in the form of a digital token. The cryptocurrency will also be used to settle interbank settlements in financial transactions between banks domestically alongside its intended use for cross-border transactions without any reliance on the SWIFT-led global financial system.

The Iranian official was quoted as stating:

“We are trying to prepare the grounds to use a domestic digital currency in the country. This currency would facilitate the transfer of money [to and from] anywhere in the world. Besides, it can help us at the time of sanctions.”

According to Iranian media, the government is also looking at integrating blockchain technology within the domestic banking system over the next three months wherein the tokenized cryptocurrency will facilitate financial transactions among commercial banks connected together on a decentralized ledger.

As reported by CCN in February, Iran’s minister of Information and Communications Technology (ICT) Mohammad-Javad Azari Jahromi publicly revealed a concentrated effort toward exploring a state cryptocurrency. In May, the government official confirmed the state’s crypto initiative was being led by the Post Bank of Iran, a state-owned bank, in association with the country’s central bank, adding at the time that an experimental model was already ready.

Iran is no stranger to U.S. financial sanctions after suffering a banking blackout from global payments rail SWIFT in 2012. The blockade lasted four years until Tehran gained relief in 2016 following former U.S. President Obama’s nuclear accord, a deal that has since been overturned by Trump.

Iran’s agenda to develop its own national cryptocurrency takes a cue from Venezuela’s “petro”, an oil-backed cryptocurrency that became the world’s first state crypto following its launch earlier this year. Unveiled by Venezuelan president Nicolas Maduro in December, the cryptocurrency – which has proved controversial – was announced as a means to “overcome the financial blockade” led the United States, according to Maduro.

A month after its launch, U.S. President Trump banned all citizens and residents from adopting or trading the petro in an executive order. Adding to the political intrigue, perennial U.S. foe Russia has been alleged to have helped Venezuela develop the petro, a claim the Kremlin denies.