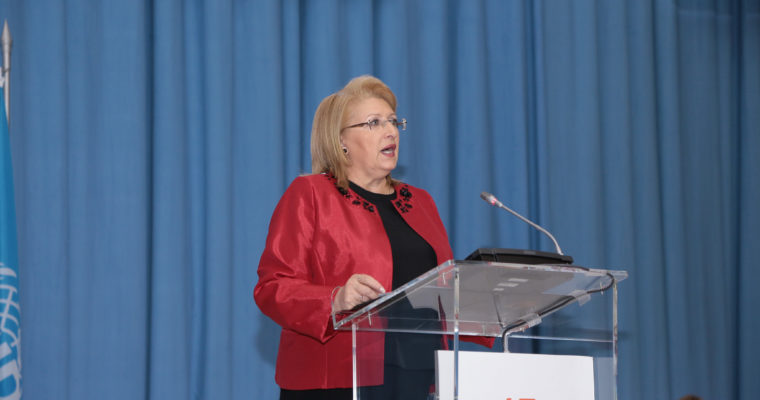 The blockchain story in Malta continues unabated with yet another announcement in relation to the sector, this time on the charity front.

Binance, one of the world’s largest cryptocurrency exchanges by daily trading volume and a marked presence in Malta, has teamed up with the President’s Trust to create the Blockchain Charity Foundation.

This foundation which was announced through an MOU signing ceremony, will supposedly use the technology that underlies cryptocurrencies to ‘empower vulnerable communities and enhance transparency in charitable work.

The said Memorandum of Understanding was signed with Helen Hai, a goodwill ambassador of the United Nations Industrial Development Organization, Maltese President, H.E. Marie Louise Coleiro Preca and Dr. Michael Bianchi, a trustee of the President’s Trust at the Presidential Palace in Balzan, Malta.

Speaking during the signing of the MOU, Dr. Michael Bianchi who is also involved in the world’s first crypto bank, said that the foundation should empower socially disadvantaged people and would be changing the face of charity work in the coming years.

“We are very happy to be starting a collaboration with Blockchain Charity Foundation enabling the use of blockchain technology to provide a social and economic impact. This is a world first and will have a major impact on how social issues and charity work is done in future years.”

Binance, has been a prominent supporter of “blockchain for social good,” the mandate of its new Blockchain Charity Foundation.

Hai, who was appointed to head the foundation earlier this month, was considered to be best positioned for the job due to her experience in developmental economics. She reiterated that the Blockchain Charity Foundation would be addressing the most pressing social issues globally, in attempts to contribute towards reaching the UN Agenda 2030 and its sustainable development goals.

The key objectives of the MOU are as follows:

President Coleiro Preca was invited to chair the Foundation’s Senior Advisory Board. Preca, along with other heads of state, will strategically advise the management and give direction to the new charity foundation.

“I am truly pleased that we have come to the signing of this Memorandum of Understanding with the Blockchain Charity Foundation. This foundation, the first of its kind in the world, will develop humanitarian projects to effectively address the United Nations Agenda 2030 and its Sustainable Development Goals. Through this agreement, The President’s Trust and the Blockchain Charity Foundation will aim to develop socio-economic projects in Malta, to address social challenges. Moreover, Blockchain technology will be used to increase efficiency, transparency and to measure the social impact of the respective projects.”, the President added.