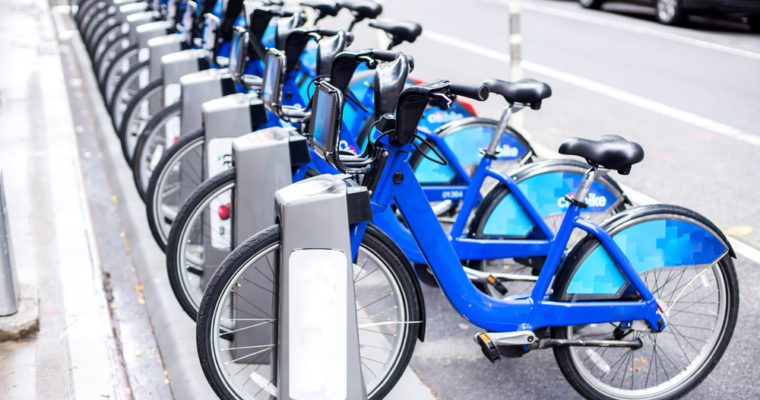 Hong Kong’s fifth-largest bike sharing startup has sold 60 percent of its stake to invest in the cryptocurrency market, or two ERC20 tokens to be exact.

Ketch’up Bike, a top five bike sharing company in Hong Kong that oversees more than 1,000 bicycles, has sold a majority stake in its venture for $1 million to purchase a bulk of two tokens called JPAY and CyClean.

Created by researchers and developers from Samsung, Episode Games, KAIST, and Princeton, CyClean is a blockchain project that enables consumers to rent bicycles, electric bikes, and electric cards with a cryptocurrency based on the Ethereum network.

The Hong Kong bike sharing startup sold a majority stake in its company to essentially participate in the ICO of CyClean, which shares the same vision as Ketch’up Bike that is to encourage the usage of eco-friendly bicycles, bikes, and cars with the blockchain and crypto.

“The biggest challenge faced by bike-sharing start-ups is the manpower required to manage the bicycles that are leased out. By using blockchain, every rental transaction will be recorded on the distributed ledger, including the customer’s payment track record, and the number of miles that he has travelled,” said Kenneth Chau, the creator and CEO at CyClean.

The Ketch’up Bike team emphasized that in major regions like Hong Kong, Japan, and South Korea, the demand for dockless bikes has increased substantially over the past few years, but the requirement of linked credit cards and ambiguity in the pricing have driven consumers out of the sector.

Not Everyone is Convinced

The decision of the startup, which is still relatively small in comparison to its competitors in its local market, to invest 60 percent of the company’s valuation, not its profits or existing capital, is extremely risky, as the price trend of the newly created ERC20 token could ultimately decide the long-term faith of the company in the next several years to come.

Johnny Au Yeung, chief technology officer for Standard Kepler, a blockchain consultancy firm based in Hong Kong, expressed his concerns regarding the fundamental purpose of smart contracts in the business model of CyClean.

Yeung stated that most users of dockless rental bikes are concerned with overcharging, caused by careless mistakes such as not returning the bike on time or not being in an area that is near the bike dock to return it.

The implementation of smart contracts alone will not fix the problem around dockless bikes and bicycles, Yeung explained, demonstrating his skepticism towards the bold decision of a young startup to give up a majority stake in the firm to invest in tokens that are not established in the crypto market yet.

“The nature of the locking problem troubling bike-sharing platforms is that people still get charged even though they have finished using the bike and locked it up. This is basically a problem of false detection of the locking device, and thus false handling of the user’s usage of the bike. Hence, this is not an issue that can be solved by smart contracts,” Yeung said.