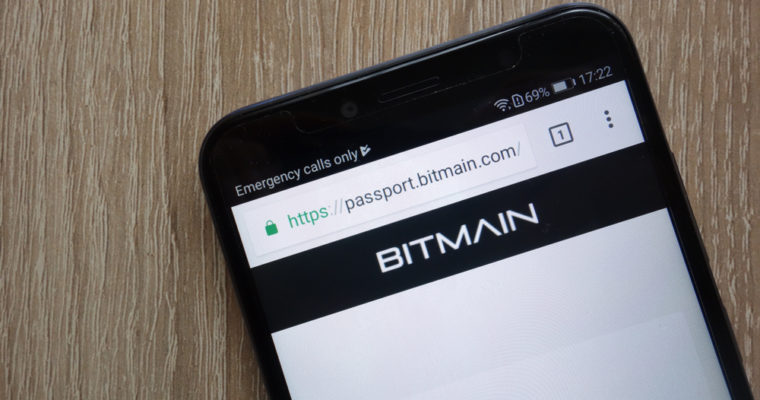 Already the world’s most valuable cryptocurrency company, Chinese bitcoin mining hardware manufacturer Bitmain is reportedly enticing investors toward a new $1 billion financing round ahead of its anticipated public listing in Hong Kong.

According to regional news resource Toutiao, Bitmain is looking at a new round of financing – its biggest yet – near the end of July that would see firm valued just a peg below semiconductor giant AMD, with a current market cap of $15.5 billion.

Notably, the funding round is valuing Bitmain at $14 billion pre-investment, a 16.5% increase from the company’s $12 billion valuation just last month after it closed a $400 million financing round. Altogether, Bitmain could be valued at $15 billion before the end of July if it completes its reported nine-figure funding round in the coming days.

Founded in 2013, Bitmain has become the dominant developer and manufacturer of application-specific integrated circuit (ASIC) chips that are commonly used to mine cryptocurrencies like bitcoin. According to the report, Bitmain sold $2.3 billion in ASIC chips, second only to Huawei as China’s leading IC developer in 2017. Bitmain also notched $2.5 billion in revenue with $1.25 billion in net profits last year.

Earlier this year, Bitmain CEO Jihan Wu revealed the company would strategize a marked foray into designing ASIC chips for applications in artificial intelligence (AI) technology. With an established product line under its AI chip brand ‘Sophon’, Wu estimates that Bitmain’s AI division could be responsible for up to 40 percent of the company’s revenues within five years.

Not content with raising finances, Bitmain has also been diversifying with a number of notable investments of its own. In May this year, Bitmain led a $3 billion financing round of Goldman Sachs-backed cryptocurrency exchange Circle, which announced plans to launch its own stable cryptocurrency pegged to the US dollar. The firm also gained a controlling stake in popular web browser Opera with a $50 million investment—— earlier this month. Opera has since launched an updated version of its browser – currently in beta – with a built-in Ethereum wallet that also supports ethereum-based tokens.

In a targeted expansion, Bitmain is also carving an entry into the traditional technology industry by rubbing shoulders among Silicon Valley’s elite with a new 20,000 square foot office in San Jose, California. The company is also expanding its research and development center in Israel, tripling its employee ranks in the country.

All of which sees a heightened and robust interest among venture capital giants and investors queuing up to get a piece of Bitmain before its anticipated initial public offering (IPO) in Hong Kong’s primary stock exchange later this year. Bitmain is expected to share its prospectus to the Hong Kong Stock Exchange and make a formal submission of its IPO in August ahead of its listing before the turn of the year. If successful, Bitmain could go public with a market cap of up to $40 billion, according to local Chinese media.