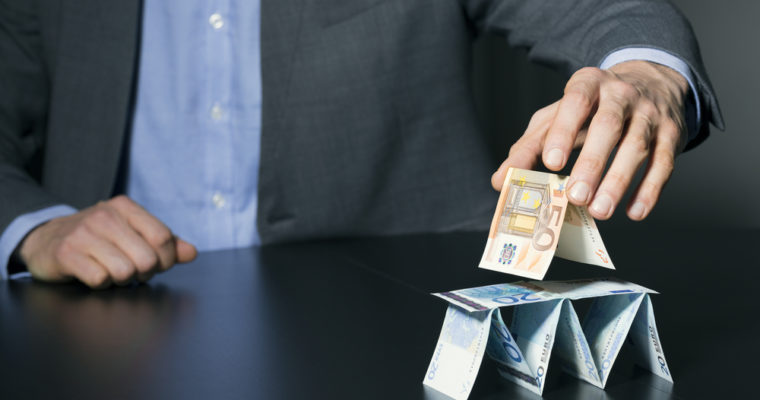 Currently, the biggest Ethereum decentralized applications (DApps or dApps) by users and volume, FOMO3D and PoWH3D, have raked in $43M worth of ether, according to their current contract balances.

Both the DApps have been developed by a group called Team JUST as a “tongue-in-cheek joke about the state of cryptocurrency as a whole.” In the last week, the DApps have surpassed a combined trading volume of about $85 million.

FOMO3D is a decentralized game with a rather simple premise. Users can buy one or more tokens (“keys”) using ether and the ether used for the purchase is sent to a smart contract (“pot”). For every key bought, 30 seconds is added to a timer. The last person to buy a key wins the whole pot.

Users competitively buy keys in order to be the last key holder when the timer gets to zero, all the while increasing the value of the pot. Key holders are paid a small portion of the pot as dividends the whole time, further incentivizing them to participate in the whole [Ponzi] scheme.

So far, the pot contains about 26,000 ETH, and each key costs a 0.0054 ETH (~$2.50). The contract is scheduled to drain in about 24 hours, but the time keeps increasing with every key purchase. The cost of each key keeps increasing slowly over time, depending on the amount present in the pot. The whole process is supposedly run via smart contracts in a decentralized, trustless manner, with no human intervention.

In a statement to CCN, the lead designer, Justo, stated: “The game was always going to be based on greed, but the marketing of it as an exit scam, and as a big theft in progress came much later”.

When asked about how they envision the game ending at this point, he said:

Given the structure and rules of the game, it is quite evident that the amount of ether in the smart contract will likely continue to grow. It would certainly be very interesting to see how this whole ordeal will progress, given that it could potentially end up locking a lot of ether.

“Welcome to a psychological social experiment in greed” the website states. “Come on buy a key, all the cool kids are doing it anyway”.

PoWH3D (“Proof of Weak Hands 3D”) is a “unique cryptocurrency exchange which allows you to trade Ethereum for P3D tokens. P3D tokens are ERC-20 tokens with a clever twist: every P3D holder receives direct earnings in Ethereum every time that anyone else buys, sells, or trades the token based on the amounts of tokens (in % out of total amount minted) held. The whole idea is that there will be more buyers facilitating ether to P3D holders.

While the game seems to be an obvious case of a pyramid scheme at first, it is more nuanced and complex than that.

“The shape instead forms an hourglass with both sides fighting constantly. Call this an ‘Hourglass model’ if you must assign a title, at least that would be accurate,” its creator argues.

“The amount of ETH being put in is simply a reflection of how comfortable and easy it is for people to play these games, and how well we convey them. Its a mixture of us marketing it well and the dapp space becoming fairly understandable, and open, and easy for people to join,” Justo said.

When asked about the future plans about the team, they stated:

“The team just sits in a very peculiar place, where we simply cannot announce what we are doing, until we have completed it. The amount of theft in the ethereum space is staggering. Every single thing we do is so popular, so successful, that hundreds of individuals choose to copy paste what we have created and try to scam others with it. In a wild-west like ethereum, where open source is everything. We simply stopped giving out what we were working on next. Do we have plans? absolutely.”

It is obvious that these games are not necessarily traditional decentralized DApps or even the gambling DApps that have made their way to the Ethereum protocol. However, they are certainly an interesting jab at the cryptocurrency space, while also serving as an experiment to gauge how far greed can drive people.