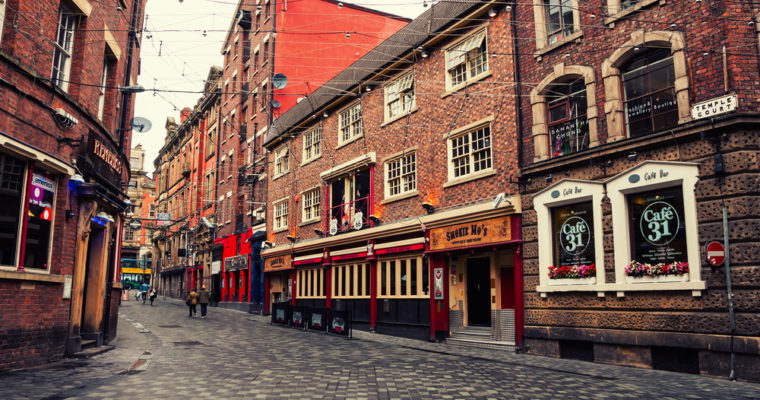 The Liverpool City Council (LCC) has announced a partnership with Poseidon Foundation to help reduce the city’s carbon emission.

Over the coming months, the LCC and the Poseidon Foundation will test out a new carbon credit system which is expected to cut the city’s carbon emission, according to a local publication.

According to its white paper, among other things, Malta-based Poseidon Foundation uses the blockchain “to make and track an impact where it matters most-forest conservation.” The non-profit’s decentralized platform is currently being used in the UK to cut the carbon footprint of ice cream production.

In a tweet shared by the LCC, the Council explains the city’s ultimate goal, which is to become the “World’s first Climate Positive city by 2020.”

The Liverpool City Council plans to use Poseidon’s blockchain platform to power its day to day operations which would see Poseidon move its operations into the city as it seeks to play a “key role in Liverpool’s new climate positive strategy,” the company’s press release states.

The Poseidon Foundation CEO Laszlo Giricz, while commenting on the development said, “This is a ground-breaking partnership not just for Poseidon and Liverpool, but globally. For the first time, a city will use blockchain technology to go beyond rebalancing its carbon footprint – leading the way in the fight against climate change.”

The LCC and the Poseidon Foundation would conduct a 12-month pilot phase where tokenized carbon credits would be created and issued with the aim of offsetting the city’s climate impact by more than 110 percent. Even though this goal seems bold for a city with over 500,000 inhabitants, the LCC has set the ball rolling in a bid to actualize its goals. According to the press release, the city council has installed “more than 15,000 energy saving LED streetlights across 2,000 streets to reduce streetlight energy consumption by 82%.” The LCC is making these moves in a bid to cut carbon emissions by 40 percent before 2030.

The Mayor of Liverpool Joe Anderson, while hailing the partnership with the Foundation, said Poseidon’s cutting edge technology is the “first of its kind” which helps clients across the world “reverse the causes of climate change.”

Liverpool is one of the friendliest cities in the blockchain ecosystem. In 2013, an Israeli based blockchain startup Colu partnered with Independent Liverpool—an association of local merchants, to launch a digitalized local pound, which has over 16,000 users.