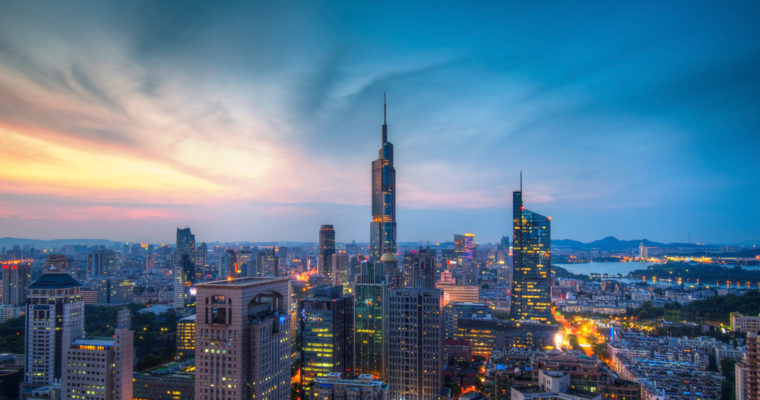 Nanjing, Jiangsu’s capital, is committed to investing in public blockchain projects and overall token economy. The capital of this Chinese province put together a 10 billion yuan ($1.5 billion) fund in a blockchain investment fund.

A Beijing-based alliance, Zhongguancun Blockchain Industry Alliance, is teaming up with Nanjing City to launch this blockchain investment fund of $1.5 billion. The alliance, formed by government research institutes and blockchain companies, revealed the bold initiative at the first Industrial Public Chain Summit (IPCS). Among the high-level government official attendees, there was the Deputy Secretary of the Communist Party of China, Luo Qun.

Finally Ready to Embrace the Sector?

China has had a somewhat interesting approach to cryptocurrencies and blockchain technology over the years. Just less than a year ago, China banned all ICOs and recently reaffirmed its stance by pledging to go after the so-called foreign ICOs.

However, earlier this year the country ranked several existing cryptocurrencies — Bitcoin didn’t even make it to the top 10, — and it has recently registered an increase of 454% in companies including ‘blockchain’ in its name.

Now a Chinese official authority is working alongside a blockchain alliance to develop the local token economy and public blockchain projects. While the country might have been extremist at the beginning, it certainly is changing its approach to the cryptocurrency world.

Two Projects Have Been Selected For The Blockchain Fund

Not only is Nanjing City planning on fund blockchain projects, it’s also planning on having these companies moving their location to its territory. China is already the world leader in the number of blockchain-related patents filled — 225 last year, followed by the U.S. with 91.

The Convergence of Blockchain Technology With Industries

The Chairman of Zhongguancun Blockchain Industry Alliance, Yuandao, believes as industries adopt blockchain technology and more chains are created, more technological breakthroughs will come along, too.

At the event, the Deputy Chairman of Tsinghua University’s Internet Industry Research Center, Wang Xiaohui, agreed that merging blockchain technology with industries, among consensus, global cooperation, and autonomy, will be the pillars of a healthy and successful token economy.