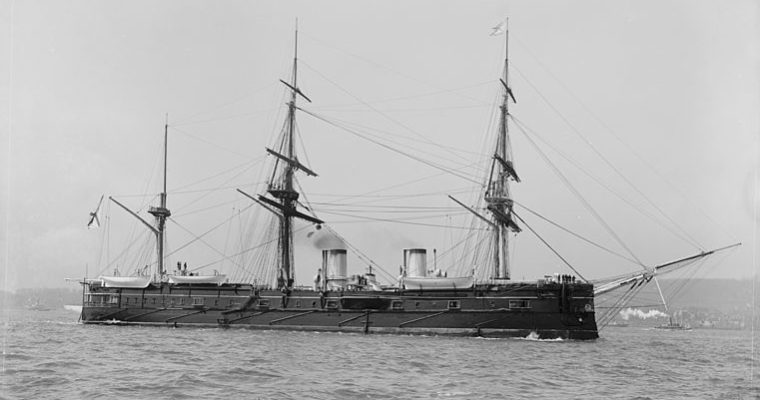 Shinil Group, a South Korea treasure-hunting company, has announced that it will launch an ICO after discovering worth $130 billion in gold from the wreckage of the Russian cruiser Dmitrii Donskoi.

Dmitrii Donskoi was scuttled in 1905 after being severely damaged in the Russo-Japanese War. Since then, it has been ‘found’ many times in the past two decades. It is believed to be carrying $130 billion in the form of 5,500 boxes of gold bars and 200 tons of gold coins.

The latest company, Shinil Group, to discover its hull near the island of Ulleungdo has provided the battleship’s picture as proof and has stated that it will hold an ICO whereby the crypto token will be backed by Dmitrii Donskoi’s newly found treasure.

In a video, published on YouTube on 16th July, Shinil Group showed how it discovered the wreckage in a period of two days. Initially, the company claimed that half of the gold would be returned to Russia, while 10% would be donated to fund tourism in the island of Ulleungdo. Now, Shinil Group has stated that it plans to launch its own cryptocurrency named ‘Shinil Gold Coin’.

The private sale has reportedly commenced while the ICO is expected to start on 30th July. One Shinil Gold Coin will be equal to 10,000 won ($8.87). The token will be listed on various exchanges in August or September of this year.

Is the ICO a Scam?

There are a couple of questions that have raised concerns from various media outlets. Firstly, South Korea’s Ministry of Maritime Affairs and Fisheries told BBC Korean that Shinil Group didn’t notify or apply for salvage rights of Dmitrii Donskoi. Once it follows this procedure, the company will need to pay 10% from the wreckage to the ministry. The only answer provided to this question states that salvage will take place in October and a press conference will be conducted in the meantime.

Secondly, apart from a press release published on 17th July, Shinil Group hasn’t provided any details regarding its upcoming ICO. The company doesn’t have an official website or any social media account. A whitepaper detailing the use-cases of Shinil Gold Coin is also absent. Due to these unresolved issues, it is important that crypto investors think twice before investing their money in the ICO.