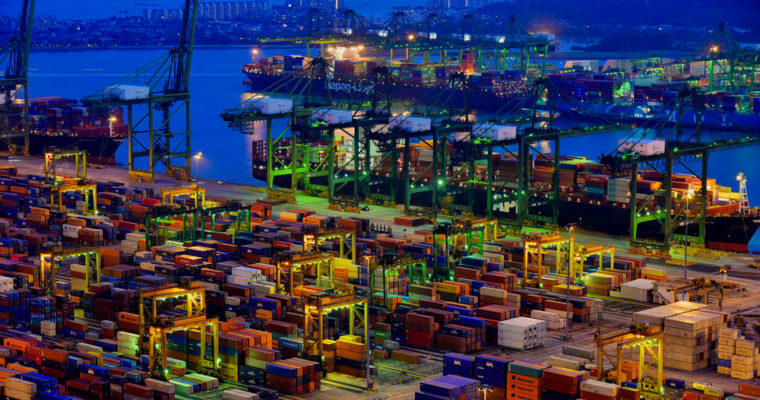 A Singapore-based e-government service provider – notably owned by a government body and a port operator – has launched a blockchain platform focused on cross-border trade between ASEAN nations and China.

Singapore-based CrimsonLogic, an e-government solutions provider with a presence in over 20 countries, announced [PDF] details of its ‘inclusive and extensible blockchain service’ that the company says will will ‘boost overall efficiency, security and transparency’ for global trade.

The company launched the blockchain platform through its fully-owned subsidiary GeTS, labeling it the GeTS Open Trade Blockchain Platform. The platform will function as a permissioned blockchain network comprised of trusted nodes operated by accredited participating companies. Shippers, freight-forwarders and other key stakeholders in a trade flow will benefit from the blockchain platform, the press release added, due to enhanced security and seamless sharing of trade documents including a cargo’s origin certificate and commercial invoices.

In essence, the blockchain platform will offer a user-friendly interface with ‘drag-and-drop simplicity’ to share trade documents between port operators, shippers and buyers/sellers, enhancing transparency and efficiency in a trade and supply chain.

CrimsonLogic chairman Eugene Wong put the spotlight on trade between China and ASEAN nations as the primary focus of the trade blockchain, explaining:

“We believe that our Blockchain technology can help create greater trust amongst cross-border traders in ASEAN and along China’s BRI and Southern Transport Corridor. Trade volume between ASEAN and China would become the single largest transaction between two regions and we hope to facilitate this.”

Although the blockchain will remain a permissioned (private) blockchain, the company confirmed its ‘open infrastructure’ will enable developers to build new layers and services for specific use-cases in the trade flow.

CrimsonLogic is notably co-owned by the Port Authority of Singapore (PSA) – one of the world’s largest port operators – which sees a 45 percent stake in the company. As reported by CCN last year, PSA entered a partnership with technology giant IBM to develop proof-of-concept blockchain solutions for supply chain networks in the region. IBM has also been working with the PSA for early-stage trials of transnational container shipments tracked on a blockchain, further underlining the wider shipping industry as a prime sector for disruption by decentralized blockchain tech.