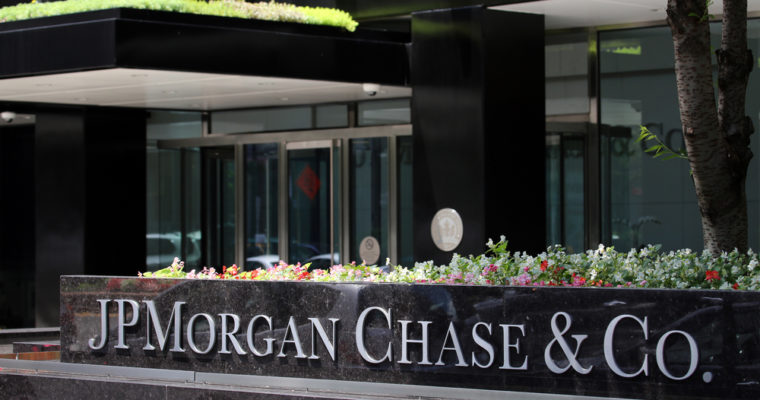 JPMorgan Wants to Host IPOs on a Blockchain

The patent application, filed by JPMorgan in January and published by the U.S. Patent & Trademark Office (USPTO) on Thursday, outlines a method whereby users on a distributed network such as a blockchain can tokenize assets and trade these virtual depository receipts.

To create a security token, an originator such as an asset owner or broker will encumber the asset by entrusting it to a qualified custodian, who will then authorize a virtual receipt for the deposited assets.

This virtual depository receipt would essentially be a security token, regulated under the authority of the U.S. Securities and Exchange Commission (SEC) or other local securities regulators. This designation would necessarily restrict how and where the tokens could be traded.

Depending on the nature of the asset, a token holder would also be able to redeem the receipt for the underlying asset by transferring it to the custodian, who would then cancel the tokens.

Notably, JPMorgan believes that one use case for this proposed system is to allow companies to hold initial public offerings (IPO) in a blockchain environment, more or less fulfilling the ultimate promise of the initial coin offering, though it is doubtful both that the firm would ever acknowledge that fact or refer to such token distribution events as ICOs.

This is not the first time that JPMorgan has mulled creating a platform to issue debt on a blockchain. Earlier this year, the firm partnered with the National Bank of Canada and a group of other firms to simulate the issuance of a $150 million Yankee certificate of deposit (CD) on Quorum — JPMorgan’s Ethereum-based enterprise blockchain platform — in parallel with an actual CD issued through conventional means.

“One of the mandates of the J.P. Morgan blockchain program is to identify how blockchain technology can create value, efficiency, and a better experience for our clients across the financial markets value chain,” said Christine Moy, JPMorgan’s blockchain program lead, at the time. “ We look forward to exploring blockchain-enabled capital markets applications, how these types of transformative opportunities can benefit our clients and counterparts.”

As CCN reported, while JPMorgan has been generally hostile toward cryptocurrencies — CEO Jamie Dimon, many will remember, once routinely referred to bitcoin as a fraud — the firm has for years been a leader in the development of enterprise blockchain applications, which seek to capitalize the benefits of distributed ledger technology (DLT) in a private, permissioned environment, most notably through its development and promotion of Quorum.