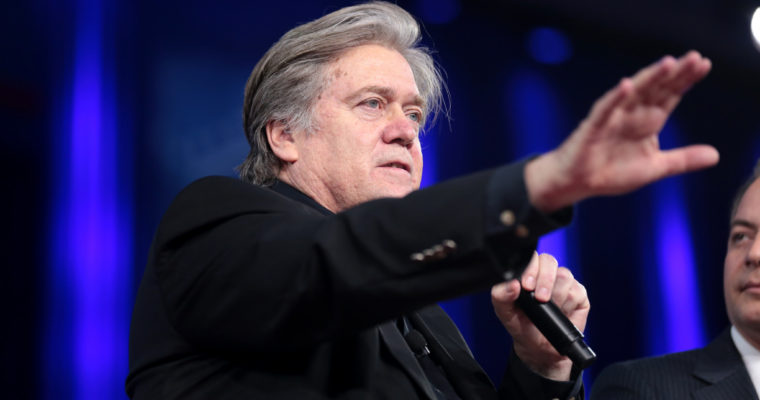 Former Trump advisor Steve Bannon may no longer have an office down the hall from the U.S. president, but he still thinks he can have a profound impact on the world — using cryptocurrency.

Bannon, who served as White House Chief Strategist during the first year of Donald Trump’s presidential administration, provided a glimpse into his plans at the Delivering Alpha conference, which is being held this week in New York.

The investment banker-turned-populist-icon has on several occasions expressed his support for cryptocurrencies, which he believes can take power away from central banks and promote “disruptive populism.” He reiterated that support at Delivering Alpha.

“I like bitcoin, I own bitcoin,” Bannon said, according to a CNBC report, adding that cryptocurrencies “are the future.”

However, Bannon added that, despite his support for bitcoin, he is also working on developing a variety of utility tokens specifically created to further the global populist movement.

“I’m working on some tokens now, utility tokens — potentially — for the populist movement on a worldwide basis,” he said, “but they’ve got to be quality.”

The former Breitbart News executive chairman did not go into further detail about his cryptocurrency projects, including what use cases these tokens would serve for the populist movement that are not already met by bitcoin or other blockchain tokens — at least in the interview excerpts that have thus far been published from the conference.

In the past, though, he has floated launching a token called “Deplorables Coin,” referencing the fact that candidate Hillary Clinton at one point during the 2016 U.S. presidential campaign referred to Trump supporters as “a basket of deplorables.”

Bannon did not say whether he plans to hold an initial coin offering (ICO) to distribute the token(s), though he did take aim at the quality of the overall token sale industry.

“Ninety percent of the ICOs have been a disaster,” he said. “Too many investors get blown out by things that aren’t thought through.”