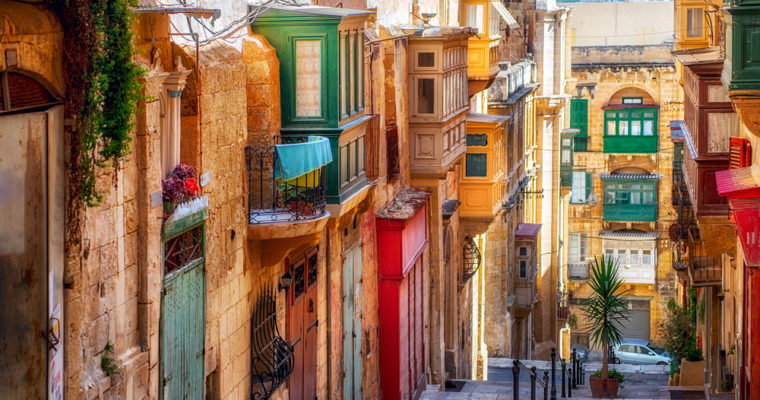 Another day, another crypto-forward development in Malta, as it backs its promise to become the world’s ‘blockchain island.’

CCN can exclusively reveal that Neufund, a German-based blockchain protocol for securities tokenization and issuance will be partnering with MSX, an innovation vehicle of the Malta Stock Exchange. MSX is also in partnership with Binance which claims to be the world’s largest cryptocurrency exchange by trading volume, with the scope for the creation of a regulated and decentralized global stock exchange.

Speaking exclusively to CCN, Parliamentary Secretary for Digital Innovation and Finance, Silvio Schmebri said that this announcement continues to confirm Malta’s progress in the blockchain and crypto spheres.

“These are ongoing announcements that continue to reinforce our ecosystem to make Malta the blockchain island. These two new memoranda of understanding will provide the groundwork for the Malta Stock Exchange to operate with the private sector in both the primary market with operators such as Neufund and in the secondary market with operators such as OKEx. Eventually these platforms will continue to expand further to allow other operators to plug in and be part our our blockchain island”

Speaking to CCN, WH Partners partner Joseph Borg and co-founder of Bitmalta said that “If confirmed, this is a game changer for ICOs launched from Malta, as it will make it easier for issuers to list their tokens. At this point in time, this is a big headache for ICO teams”.

Projects for the equity token market indicate that the total market cap for cryptocurrencies should exceed the $1 trillion mark by the year 2020. The partnership with MSX which brings together the three entities mentioned above will supposedly create the first end-to-end primary issuance platform for security tokens, or equity tokens. This should secure ways for the secondary trading of equity tokens and also allow companies around the world to kickstart fundraising exercises on Blockchain in a legal manner.

Neufund also revealed that there are already seven companies who have decided to conduct an Equity Token Offering (ETO) with Neufund. These are: Founders Bank, Brille24, Uniti, MySwooop, Next Big Thing, Blockstate and Emflux Motors. Neufund is also planning another pilot project for later in 2018 which will include a public offering of tokenized equity on Neufund’s primary market. This may later be tradeable on Binance as well as other crypto exchanges pending regulatory and listing approvals.

“We are thrilled to announce the partnerships with the Malta Stock Exchange and Binance, that will ensure high liquidity to equity tokens issued on Neufund. It is the first time in history, that security tokens can be offered and traded in a legally binding way. The upcoming pilot project will allow us to test the market’s reaction and realize the overall project idea in an environment with minimized risk.” Zoe Adamovicz, CEO and Co-founder at Neufund commented.

“We are glad to partner with Neufund over the pioneering idea to create a complete ecosystem for issuing and trading securities on Blockchain. Today’s announcement marks a new chapter for Binance’s development, with the goal to tokenize traditional financial assets,” Chanpeng Zhao, CEO of Binance, commented on the announcement.

The envisaged partnership marks yet another step forward for Malta towards adapting blockchain technology and making its mark in the crypto space. The EU member state has recently passed three DLT/Blockchain bills which continued to prove that it remains the first destination for anything blockchain or crypto. The Malta Stock Exchange has recently announced a dedicated platform and a startup accelerator to focus on DLT and technology-driven initiatives, with the financial support of Binance. #BlockchainIsland is soon to host Delta Summit, a conference focused on DLT industry, that will held between 3-5th of October.

The Chairman of the Malta Stock Exchange Mr. Joseph Portelli said: “We are delighted to welcome Neufund as our key partner in building a Blockchain-based exchange that is fully integrated with established financial markets. With the upcoming pilot project we become a worldwide pioneer in digital finance.”