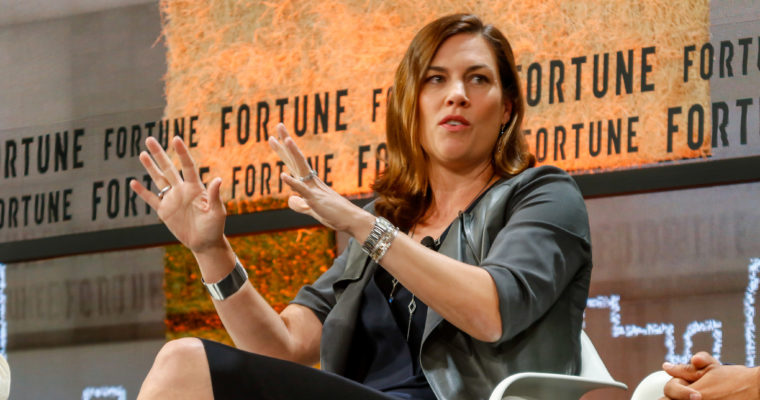 Stripe, a digital payments provider, took a pioneering role with bitcoin in 2015 when it introduced a tool that allowed merchants to accept bitcoin. This past April, the company discontinued the service.

The company’s COO, Claire Hughes Johnson, told Fortune’s Brainstorm Tech conference Tuesday that the reason behind the firm’s abandonment of BTC is that blockchain-based payment services are slow and not practical. She also questioned the mainstream uses of cryptocurrencies and the practical uses of blockchain technology.

Settlement times for bitcoin transactions at the present time, she noted, are around an hour. Last December, she said, they were as long as five days. Merchants sometimes needed to make a second transaction on account of bitcoin price changes between the time of purchase and clearance.

The Stripe executive also questioned the mainstream role of cryptocurrencies, including bitcoin. Bitcoin’s killer app at the present time, she said satirically, is ransomware.

A Reality Check For Bitcoin?

Her opinion, according to some, marks a reality check for bitcoin advocates who once believed the cryptocurrency would become as commonplace as credit cards. She also said blockchain technology is over-promoted. The SEC, she noted, is properly taking action to manage questionable blockchain projects, calling it a “jump the shark moment” for blockchain.

However, Johnson certainly doesn’t speak for all technology observers.

On Tuesday, IBM announced it is testing a “stablecoin” that will maintain a one-to-one value with the U.S. dollar. The coin is designed to control the type of volatility that bitcoin is associated with to provide a practical transaction tool.

North America, Birla said, is “overbanked” with all of its payment services like PayPal and Venmo, as well as credit cards. The situation in developing areas like South Asia, however, is underbanked. A company looking to expand into a new country is likely to use blockchain, he said.