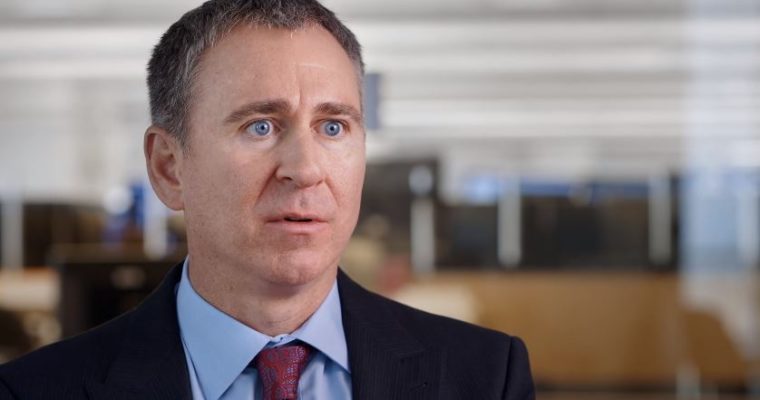 Ken Griffin, a billionaire hedge fund manager at Citadel, has said that not a single portfolio manager he knows is interested in the crypto market.

At the Delivering Alpha Conference in New York, Griffin said:

Product of No Interest

Essentially, Griffin has emphasized Citadel, one of the world’s largest alternative asset managers, will not operate as a liquidity provider for bitcoin because he personally does not believe in the dominant cryptocurrency. While Griffin was unspecific regarding which qualities of bitcoin and cryptocurrencies in general he does not approve of, it is most likely its decentralized nature and the lack of backing from centralized institutions.

Former Goldman Sachs CEO Lloyd Blankfein echoed a similar sentiment as Griffin previously, but stated that skeptics who believe bitcoin, as a consensus currency, has no chance at all to compete with reserve currencies or fiat money are simply arrogant.

At the Economic Club of New York conference, Blankfein said, “If you go through that fiat currency where they say this is worth what it’s worth because I, the government, says it is, why couldn’t you have a consensus currency?,” adding that it is narrow minded to assume bitcoin or crypto in general cannot be a natural progression from fiat money to digital money.

Recently, BlackRock, arguably the largest investment management company in the global market with $6.288 trillion worth of assets under management, has demonstrated a complete reversal on its stance towards the crypto market, as it disclosed that BlackRock has been operating a working group to evaluate the crypto market.

“As the largest asset manager in the world, its interest in crypto assets could be a catalyst for upward price movement and encourage other asset managers, even with more conservative strategies, to seriously explore investing in the crypto space,” Yoo said.

Ultimately, hedge funds and financial institutions that operate based on the capital of their clients are required to facilitate the demand from their consumers if basic necessities such as regulatory compliance and risk management can be ensured.

As seen in the turnaround of the decision of BlackRock to dismiss the crypto market from its sight, if FOMO (Fear of Missing Out) is triggered amongst institutional investors similar to the prediction of billionaire investor Mike Novogratz, both minor and major hedge funds may scramble to remain at the forefront of the cryptocurrency sector to manage an emerging and rapidly growing asset class.