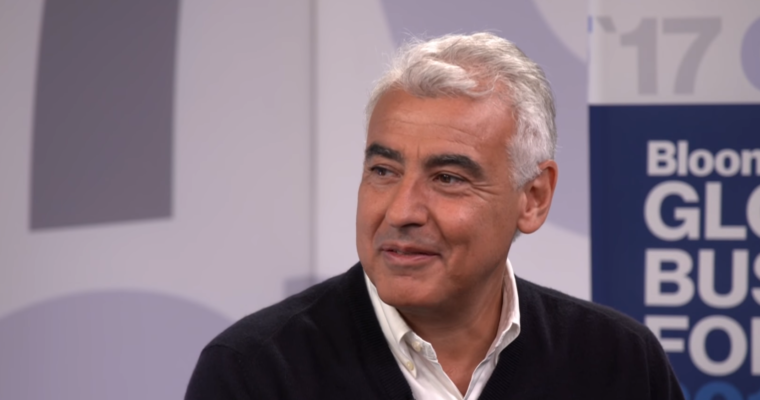 Another billionaire has officially jumped on the bitcoin bandwagon.

The latest addition to the burgeoning group of bitcoin billionaires is Marc Lasry, the co-founder of Avenue Capital Group, an investment firm with $9.6 billion in assets under management.

Speaking with CNBC, Lasry — who is also a co-owner of the NBA’s Milwaukee Bucks — said that he believes the bitcoin price has the potential to reach $40,000 over the next several years as it becomes more mainstream and accessible to everyday investors. Early adopters, he predicts, could see a massive windfall in as short a time as three to five years.

“As it gets more into the mainstream, and as more markets end up allowing it to trade where it’s freely tradable, to me that’s more of the bet,” Lasry said, adding that “the reason why I like bitcoin [as opposed to other cryptocurrencies] is because it’s the one everybody is going to come to.”

As CCN reported, a number of fintech startups — including Square, Robinhood, and Circle — have rolled out cryptocurrency brokerage products intended to make the nascent asset class more accessible to retail investors, while firms such as Coinbase and Xapo have built custodial solutions tailor-made for institutions.

However, the so-called holy grail of bitcoin investing — a bitcoin ETF — has yet to begin trading on a regulated U.S. stock exchange, despite numerous attempt from fund providers to create such a product. The latest effort, launched in partnership by VanEck, SolidX, and the Chicago Board Options Exchange (CBOE), is currently undergoing scrutiny from the Securities and Exchange Commission (SEC). This particular ETF proposal has a very high minimum investment, which will price most retail buyers out of the market and perhaps make regulators less hesitant to approve it.

Last December, just as the bitcoin price peaked near $20,000, Lasry said that he regretted not buying the flagship cryptocurrency when it was trading at $300. Bitcoin, though, has experienced a precipitous fall since then, and it appears that Lasry does not intend to make the same mistake twice.

According to Zero Hedge, Lasry has invested one percent of his estimated $1.7 billion net worth in bitcoin, which equates to roughly $17 million. He stressed that these investments were made in a personal capacity and not through his firm.