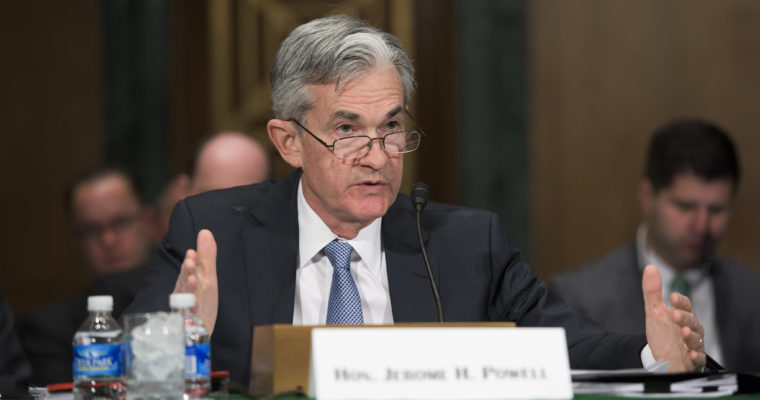 The head of the U.S. Federal Reserve warned Congress that bitcoin and other cryptocurrencies are dangerous to “unsophisticated investors” and should not be considered real currencies.

Jerome Powell, who became Fed chair in February, succeeding fellow cryptocurrency critic Janet Yellen, said on Capitol Hill that “relatively unsophisticated investors see the asset go up in price, and they think: ‘This is great; I’ll buy this.’ In fact, there is no promise of that.”

“There are investor and consumer protection issues as well,” continued Powell, whose comments were recorded by CNBC, adding that cryptocurrencies should not be considered real currencies since they have no intrinsic value.

However, though still largely a retail-driven industry, the cryptocurrency market has seen increasing attention from institutions and other sophisticated buyers.

Earlier this week, BlackRock — the world’s largest asset manager — confirmed that it has established a cryptocurrency working group, while other firms including Goldman Sachs, Nasdaq, and Intercontinental Exchange (ICE) have been actively exploring ways to profit from the burgeoning asset class as well.

Grayscale Investments, creator of the Bitcoin Investment Trust (OTC: GBTC), published a report on Wednesday indicating that it is adding nearly $10 million in new investments every week, primarily from institutions and other wealthy investors.

In any case, Wednesday was not the first time that Powell has discussed bitcoin. Last November, just as the market was knee-deep in a record-setting bull run, he said that cryptocurrencies as an asset class had not yet become large enough to have a destabilizing effect on the economy. He also praised blockchain technology, suggesting that it could “have significant applications in the wholesale payments part of the economy.”

Several of Powell’s colleagues at the Fed share his skeptical approach toward cryptocurrencies.

Raphael Bostic, president of the Federal Reserve Bank of Atlanta, has warned investors against investing in bitcoin, arguing that cryptocurrencies are “are not currency,” while Neel Kashkari — head of the Minneapolis branch of the Fed — has compared to them to Beanie Babies and called the entire ecosystem a “farce.”

Others, however, have been more open to the burgeoning industry. The St. Louis branch of the Fed, for instance, has published a report stating that bitcoin bears many similarities to cash, and the bank has also — in contrast to statements from many legislators — said that it “welcomes anonymous cryptocurrencies.” Just last month, the St. Louis Fed added four cryptocurrency price trackers to its extensive economic database.

The Federal Reserve Bank of San Francisco, meanwhile, has issued a report theorizing that bitcoin has an intrinsic value of $1,800, a figure largely based on the cost of mining a single coin. While not exactly bullish — the bitcoin price is currently trading at close to $7,500 — this assessment is still much more positive than Powell’s claim that it has no inherent value.