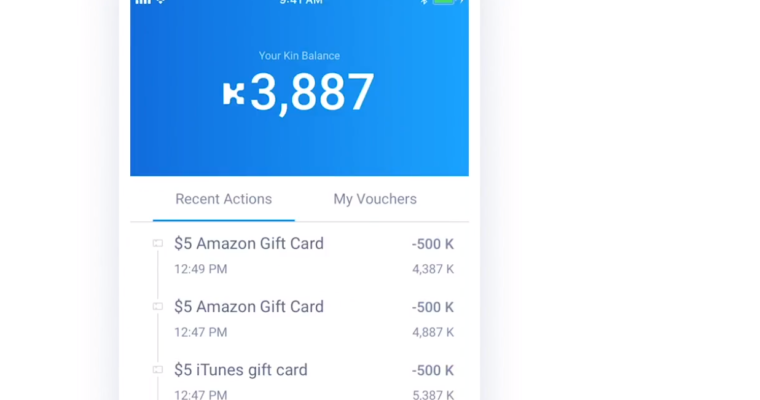 Kik rolled out its much anticipated the standalone app, KinIt just a few months after it posted its product vision on Medium. The product is quite unique in that it has the potential to instantly become the largest consumer-facing cryptocurrency app.

Kin’s vision is quite ambitious but with more than $100 million in the bank form an ICO, and another $120.5 million in venture funding since the company (Kik) was founded they’ve got some serious firepower. All this money is on top of the 300 million registered users on the Kin app.

The vision involves 3 different components, the first of which is what the company calls the “Kin Ecosystem“. The ecosystem, launched last Wednesday, will pay up to 25 developers a total of nearly $3 million to create and maintain independent “kin economies” over a 6 month period. The program sets up some ambitious goals for developers with them needing to onboard 50,000 monthly active wallets to receive the full amount of funds offered up by the contest.

The second part of the vision is what the company calls the “Kin Blockchain”. The blockchain actually consists of two different blockchains and evolved through trial and error. Kin was originally supposed to be an ERC-20 token, but the network was far too easily congested to support the kind of user base Kin is aiming for. The team then planned on moving to Stellar which allowed for Kin’s developers to process transactions faster and cheaper. Finally, because of some concerns over Stellars market capitalization and liquidity the team forked Stellar’s code base to create Kin which will be run alongside Ethereum. CCN reported that while Kin would likely be used for internal transactions, Ethereum would be used for external transactions and to provide Kin holders with liquidity. According to Gadi Srebnik, a Kin developer writing in March of 2018, developing the mechanism would take several months. It appears to be complete now and the Kin Blockchain will underly the KinIt app and the entire app ecosystem.

The third part of the vision, which is being released in beta on Android today, is the “Kin Standalone App”. The apps goals were to create a standalone, simple app where users could discover apps throughout the Kin Ecosystem. The app right now is relatively simple. Users are onboarded through a typical onboarding screen that explains the basics of the app and gives users the ability to “Start Earning Kin”. Users are then asked to enter their phone number and after confirming it are immediately brought to the apps home screen where they are invited to take a quiz. Users are asked about there motivations behind downloading Kin and basic questions about how they plan to use the app. After answering these questions the user earns 80 kin and is told to come back tomorrow, once they’d completed more tasks.

Users are also given the opportunity to redeem their Kin for gift cards ranging between $5 and $25 (although 80 Kin is not enough to redeem anything). Their marketing materials portray Kin as fun to use and asking questions about how likely users were to try Halloween-themed donut treats, how many pounds a tiger can consume at one time and which brands the users are aware of. They even offer the ability for users to answer the prompts with emojis.

The idea here is to create an entry point for users to earn kin and incentivize them to spend it. So far, it seems like it’s working: in the apps private beta the app achieved a 10-day retention rate of 75% (compared to an industry average of less than 30%). On top of that 66% of users used the app for at least 3 weeks and almost 49% of users were not classified as hoarding their kin.

The company also shared user feedback about its tasks. For the most part users like light-hearted questions about how they see money, family guy style hypothetical questions such as “Batman or Superman”, and what groups users were involved in on their college campuses. While the user feedback appears to be excellent, it does appear to be quite similar to an existing product.

As part of my research for this article, I had the opportunity to interview Kin & Kik VP of Communications Rod McLeod. One of the things I kept coming back to throughout our conversation was what exactly their monetization strategy was. With users earning Kin every day, that could be redeemed for gift cards between $5 and $25, I was really astounded by the lack of a business model.

Rod explained to me that the whole goal behind the beta was to help the company learn lessons from integrating Kin into Kinit, get Kin into more consumer hands and “figure out how to monetize and compete” with the bigger apps. He further explained that the app was currently being subsidized by the Kin foundation while they learned more about the users.

He finally went on to explain this app was just an entry point to a bigger ecosystem. He used the example of Reddit potentially using Kin as a way to reward moderators of subreddits as one example of how Kin could be integrated into existing social apps (such as IMVU, which it announced a partnership with early last month).

Nonetheless, I’m still convinced that this app will be profitable when it launches out of beta. Just looking at the questions above the questions about donuts, coffee, and restaurant brands is eerily similar to the Google surveys many publishers employ on their websites to monetize content. I even ended up finding this very similar sounding question in an article from an android news site earlier this year. Nonetheless, I don’t think this necessarily hurts Kin at all. As a matter of fact, if anything it might validate Kin’s business model. Google gives away between $0.10 and $1.00 for every survey users take. They then charge several multiples above that to marketers anxious to learn more about their audience.

Google has done a fantastic job at capturing the older, penny-pinching audience with it’s Google Opinion Rewards app. It’s also done a great job at capturing older audiences by blocking content until users take a survey. Their blog has a gif of the technology being used on a news website. The market Google has failed to capture, and where I think Kin’s biggest opportunity is with the younger, more spendthrift teenage generation. The app is reportedly used by 40% of teenagers in the U.S. in a way Google has consistently failed to connect with. Combine those numbers with young peoples near irrational love of cryptocurrencies and it becomes clear that Kin has tremendous opportunity.