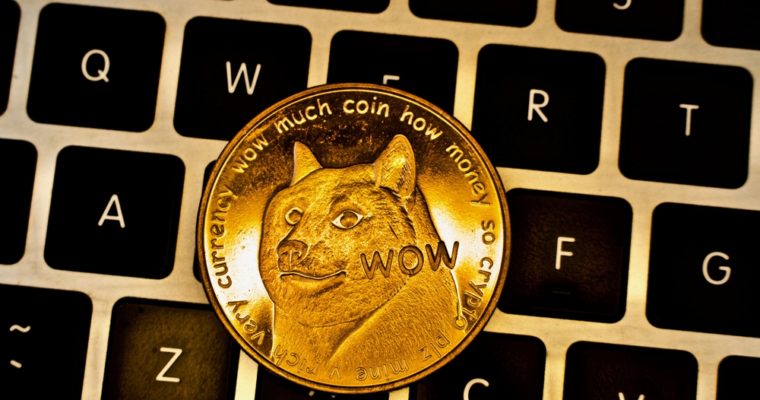 The parody cryptocurrency, created in 2013, currently ranks as the 44th-largest cryptocurrency, with a circulating market cap of $288 million. At its peak in early January, dogecoin’s market cap swelled as high as $2.1 billion, much to the chagrin of creator Jackson Palmer, who is no longer officially involved with the project.

Dogecoin’s listing brings the total number of cryptocurrencies available on Robinhood to five. Last week, the brokerage app — which is better-known for its equities offerings — added support for bitcoin cash and litecoin, the first coins the firm had added since it launched earlier this year with bitcoin and ethereum trading. Users can currently add 11 other cryptoassets to their watchlist.

Robinhood Crypto is currently available in just 17 states, due to a patchwork of state-level regulations governing cryptocurrency trading. The firm is said to be engaging in discussions with regulators about applying for a national banking charter, which — among other things — would preempt local laws. For now, the firm is rolling out support for the feature on a state-by-state basis.

The company has also said that it plans to support cryptocurrency deposits, withdrawals, and transfers, likely indicating that it is building a full-fledged cryptocurrency wallet.

Notably, the announcement does not appear to have had a noticeable effect on the dogecoin price. DOGE/USD is up nearly five percent on Monday over its previous-day level, but DOGE/BTC has traded sideways, meaning that the coin’s USD appreciation is likely tied to a report that BlackRock, the world’s largest asset manager, has begun exploring investments in the cryptocurrency sector.

That stands in marked contrast to what happened on Friday, when five altcoins experienced massive price increases on the mere news cryptocurrency exchange and brokerage giant was “exploring” adding them to its stable of assets in the future, pending discussions with regulators and banking partners.

Robinhood, which now has more than 5 million users, recently raised $363 million at a $5.6 billion valuation. Company executives have said that they intend to operate the nascent cryptocurrency trading service as a break-even venture for the foreseeable future.