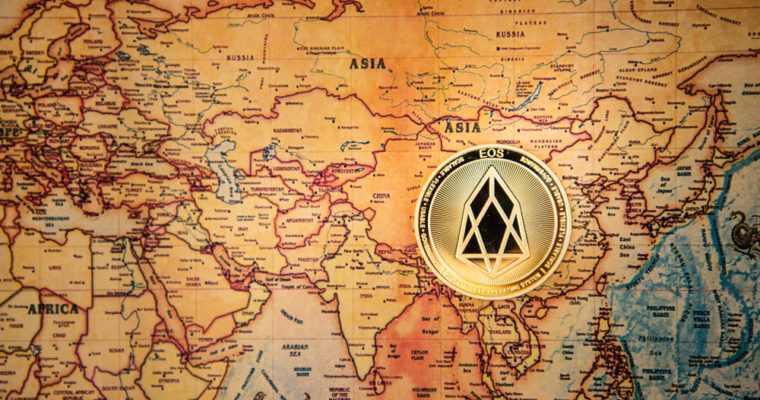 Jihan Wu, the co-founder and CEO of Bitmain, who is expecting to close a $12 billion initial public offering (IPO) this summer, said in an official statement that the EOS protocol has shown significant innovation over the past year, with its focus on creating a scalable ecosystem for decentralized applications (dApps) and commercial decentralized platforms.

“The EOSIO protocol is a great example of blockchain innovation. Its performance and scalability can meet the needs of demanding consumer applications and will pave the way for mainstream blockchain adoption,” said Wu.

Brendan Blumer, the CEO of Block.one, which has raised sufficient capital throughout its 12-month long $4 billion initial coin offering (ICO), emphasized that the company is currently interested in working with strategic investors that are aligned with the values and vision of the EOS team and community. Blumer stated:

“As Block.one prepares to announce its future plans, we’re excited to welcome key strategic investors aligned with our values of creating a more secure and connected world.”

Since forming its investment arm in early 2018, Bitmain has evolved into a proper conglomerate, initiating large-scale acquisitions and investments in the blockchain sector.

In May, Bitmain led a $110 million Series E round for Circle, a cryptocurrency exchange and wallet platform, to financially back the company’s long-term plan of maintaining private central banks, those that are independent of the government, through the development of a properly audited and transparent stablecoin.

“Bitmain Co-founder and CEO Jihan Wu is well known for espousing a vision similar to ours regarding the creation and adoption of a new global economy powered by cryptographic assets, distributed contracts, and open source blockchain technology. We are excited to be working directly with Bitmain on realizing our shared vision,” Circle said at the time.

The investment of Bitmain into Block.one is its second major multi-million dollar investment in the cryptocurrency sector in a span of three months, prior to its planned IPO in the Hong Kong stock market (Bitmain also invested $50 million in web browser Opera).

In previous statements, Wu and the Bitmain team expressed their enthusiasm towards decentralized protocols and dApps, especially platforms that are able to attract and serve millions of users with a network that can handle large volumes of transactions and information.

The acquisition of a stake in Block.one is in line with Bitmain’s intent to expand throughout the cryptocurrency and blockchain sector, with its mining equipment manufacturing business and investment arm as the company’s two core businesses.

Where EOS Goes From Here

If EOS is technically capable of serving dApps with millions of users and process tens of thousands of transactions per second, it will need to gain an active developer community that is on par with that of Ethereum.

As of July, Ethereum is said to have more than 250,000 developers on its protocol, including those initiating ICOs and creating independent blockchain networks deployed on top of the Ethereum blockchain protocol.