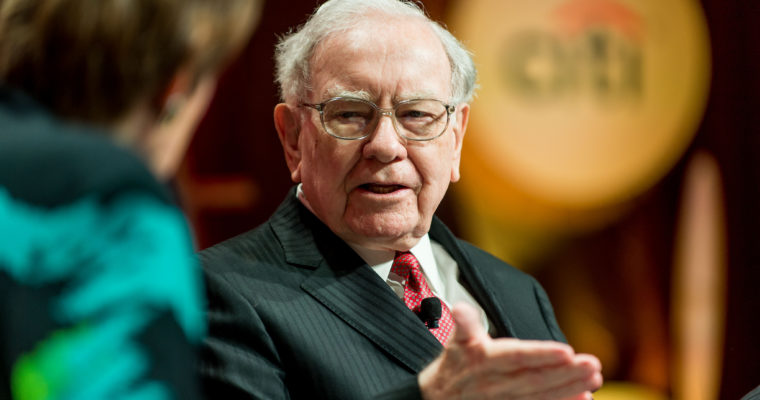 It’s no longer fashionable to just promise to eat your appendages if a bitcoin price prediction doesn’t come true – now the real deal is staking millions in cold, hard cash.

Perhaps peeved by Warren Buffett’s constant bashing of bitcoin, an unidentified crypto bull in Australia is betting millions of dollars that the bitcoin price will exceed the share price of the Warren Buffet-headed investing conglomerate, Berkshire Hathaway by 2023.

According to the chief executive officer of bookmaker William Hill Australia, Tom Waterhouse, an anonymous punter made this AUD$8.5 million on the belief that bitcoin will be worth more than the price of Berkshire Hathaway Class A shares — which are currently trading at more than US$280,000 above BTC — within half a decade.

Big Bet: Well known Crypto expert has just requested a bet of $8.5m AUD to win $1.2bn that a Bitcoin will exceed the price of a Berkshire Hathaway share (c.$280k) by 2023. Have put him in touch with large syndicate – hope he can get set! pic.twitter.com/C20AHzH2k9

At the current market exchange rates, that’s a bet of US$6.28 million with possible winnings of US$890 million. Currently, the market price of the NYSE-listed Class A shares of Berkshire Hathaway is over US$288,000, meaning that bitcoin will have to appreciate by more than 40 times in the next couple of years.

Buffett’s anti-bitcoin stance has been well documented. In April, as CCN reported, the Oracle of Omaha likened buying bitcoin to gambling since it has no returns other than the expectation that it could be offloaded at a higher price in future.

“If you buy something like a farm, an apartment house, or an interest in a business… You can do that on a private basis… And it’s a perfectly satisfactory investment. You look at the investment itself to deliver the return to you. Now, if you buy something like bitcoin or some cryptocurrency, you don’t really have anything that has produced anything. You’re just hoping the next guy pays more,” said Buffett.

In the run-up to bitcoin reaching record highs last year, Buffett warned that bitcoin was a bubble during a Q&A session with business students. He repeated similar remarks during a television interview in January this year. And as far back as December 2014, when the flagship cryptocurrency was trading at around $US320, he urged people to stay away from bitcoin.

But unlike in the past, the cryptosphere now seems to have refused to just sit back and let the anti-bitcoin rhetoric slide. Two months ago after the billionaire investor branded bitcoin “rat poison squared” during the annual shareholder meeting of Berkshire Hathaway, cloud mining giant Genesis Mining put up billboards bearing the caption: ‘Warren: You said you were wrong about Google and Amazon. Maybe you’re wrong about bitcoin?’ close to the billionaire’s offices in Omaha, Nebraska.

These were billboard signs were placed in Omaha around Warren Buffett’s office. 😆 truism pic.twitter.com/0ceuHJaKuU

This was in reference to the fact that Buffett had passed the chance to invest in the two tech giants early on out of skepticism and thereby missed out on huge gains that the two companies went on to make.