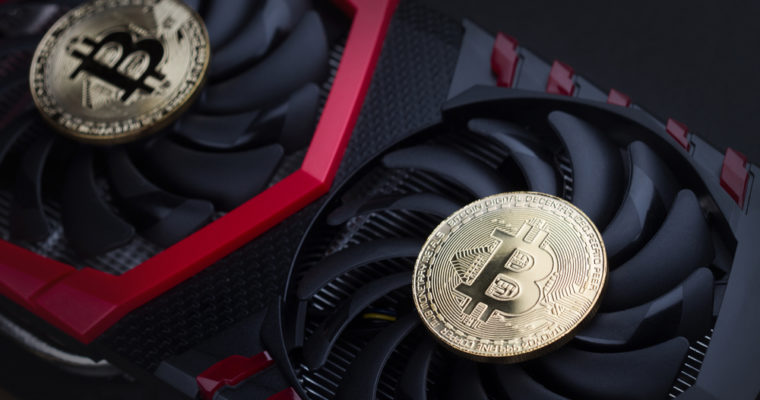 Bitcoin isn’t the only one going down. As the cryptocurrency keeps losing its value, other areas of the industry are starting to take its toll.

As Bitcoin, and cryptocurrencies all over the world, skyrocketed in value last year, a new market was born — crypto mining. I’m sure you know at least one person who either attempted to — or dreamed of, — mining Bitcoin. If you were one of those people, you probably looked into the technical requirements to pursue such a venture.

As reported by ComputerWorld in April this year, the NVIDIA GeForce GTX1070, AMD RX480, and AMD RX580 were the most popular gaming processor cards — or Graphics Processing Unit Cards (GPU). At the time of their report, NVIDIA’s was being sold for more than $700, when it was once sold at $380.

The search for GPUs by crypto miners increased at such a rate that NVIDIA itself advised its retailers to prioritize sales to gamers, rather than miners. However, Advanced Micro Devices (AMD) was the brand of choice for crypto miners, up until the supply was exhausted.

Thanks to cryptocurrency mining, sales of GPUs used as add-on cards for PCs almost doubled in the last 3 years, going from $2.7 billion to $4.7 billion. According to ComputerWorld, the research and advisory company Gartner estimates the revenue from GPUs installed in data centers registered a steep increase from $168 million in 2015 to $1.1 billion currently. Overall, GPU sales increased from $3.82 billion in 2015 to $6.45 billion this year, so far.

The Trend has Reversed, Supply is Increasing and Prices are Dropping

If you’ve been thinking about it for some time, now it may be your chance. Like cryptocurrencies all around, GPUs value has been declining fast. According to Jon Peddie Research, over three million GPUs worth $776 million were sold to crypto miners in 2017, with AMD leading the charge. Dr. Jon Peddie said, “We expect demand to slacken from the miners as margins drop in response increasingly utilities costs and supply and demand forces that drive up GPU prices.”

As cryptocurrencies continue on this path to irrelevance, we can expect other areas of the industry to show similar signs of devaluation. Just yesterday, CCN reported how Coinbase went from being the top app in Apple’s App Store to dropping to the bottom. Now GPU sales are being affected, too. What do you think will be next?