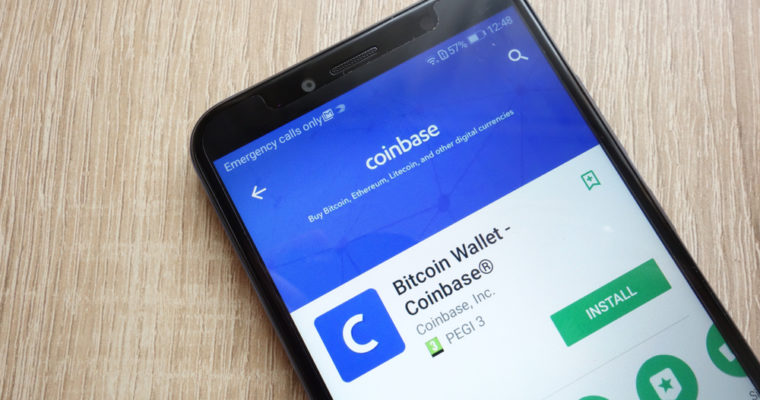 The largest cryptocurrency brokerage and wallet has been freefalling in popularity ever since Bitcoin became old news.

Not too long ago, everyone’s favorite question was, “Do you have a Coinbase account?” It was as popular as being on Facebook, back then. That one single detail separated those of us who knew what was going on and those who didn’t.

Coinbase was Once The Top Downloaded App and Everyone’s Favorite

Do you remember those days? It first became the top trending app in Apple’s App Store back on November 27, 2017. Back then, Coinbase beat apps like Hooked, Wemo, Hallmark Movies Now, or even the seasonal Christmas Ringtones. Everyone was going insane over cryptocurrencies and Bitcoin’s record price, at the time. You and all your friends had it on your phones, too — the Coinbase app.

But that wasn’t all for the platform. Roughly ten days later, Coinbase became the number one app in Apple’s App Store. Out of the blue, a relatively new app coming from a very mysterious industry managed to beat tech giants such as YouTube, Facebook Messenger, Instagram, Snapchat, Amazon, and others.

Coinbase, like Bitcoin, was registering record numbers on new user accounts. In November 2017, Coinbase reportedly added more than a million unique users — sometimes at a pace of 100,000 new users per day.

Coinbase Can Only Thrive For as Long as Bitcoin Does

Things have changed drastically for Coinbase, though. As Bitcoin started freefalling, so did the app. As interest in cryptocurrencies has waned and coin valuations took a dip, Coinbase has started to fade in the background. Could it have prevented this somehow? I don’t think so. There’s nothing they are doing that is necessarily wrong — they are far from perfect, but still.

Coinbase made several moves to diversify its services over the past few months. It recently launched Coinbase Custody and rebranded GDAX to Coinbase Pro, in an effort to tighten its brand image.

Coinbase Custody is officially open for business, providing secure storage of crypto assets for institutions in both the US and Europe. Before the end of the year, we hope to bring this offering to Asia as well. https://t.co/KDtMQ5TT3B

Last month, it launched the Coinbase Index Fund, allowing US investors to be exposed to the platform’s listed assets without actually owing them — investments are available between $250,000 to $20 million.

Coinbase has also increased its physical presence around the world. The company first opened an office in Japan, under the leadership of fintech leader Nao Kitazawa. Next, a new office popped-up in Portland, Oregon.

One thing is certain — the Coinbase app may be dropping popularity on Apple’s App Store but the company isn’t showing any signs of slowing down anytime soon.