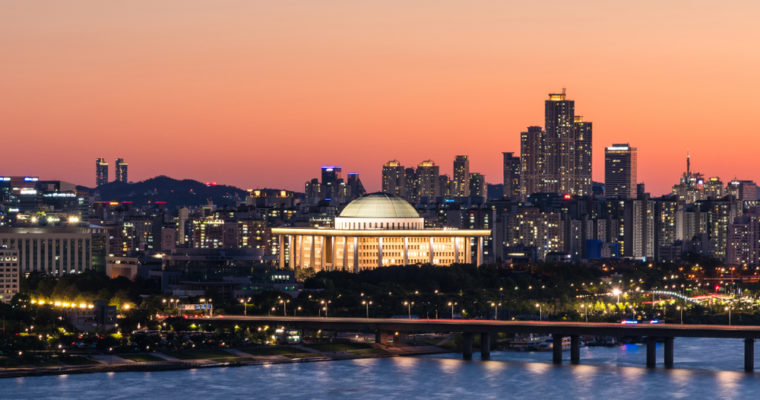 Lawmakers in South Korea, one of the world’s biggest cryptocurrency trading markets, are set to submit draft bills to legislate regulations for burgeoning sector.

According to a report by the Korea Times, a number of lawmakers across different political spectrums are seeking to fast-track cryptocurrency regulations that could plausibly lead to lifting the current ICO ban in the country. The drafts will be submitted during ‘an extraordinary session of the National Assembly from July 13 to 16’ to address the legal status of cryptocurrency and regulatory guidelines for crypto exchanges,

Notably, the report suggests that the submitted regulatory drafts are expected to play the role of a ‘catalyst’ in triggering discussions toward regulation and the subsequent the legislative process of turning bills into law.

Representative Park Yong-jin, a lawmaker and member of the country’s ruling Democratic Party, is perhaps the most prominent politician pushing for regulations, alongside Rep. Chung Tae-ok of the primary opposition Liberty Party Korea (LPK) and Rep. Choung Byoung-gug of the Bareun Mirae Party, a minor opposition camp.

As reported previously by CCN in July 2017, Park proposed at least three new bills to build a regulatory framework for cryptocurrencies despite previously comparing last year’s surging prices to Europe’s tulip mania in the 17th century.

Rep. Hong Eui-rak, also of the political camp in power, is notably pushing for the legalization of ICOs after authorities enforced a ban on the radical new form of fundraising in September last year.

Further, Rep. Song Hee-kyung of the opposition LPK party is set to host a policy debate on the security framework at domestic cryptocurrency exchanges on July 19, in a year of noteworthy major security breaches and thefts at Korean exchanges. Last month, domestic exchange Coinrail was the victim of a hack with a reported 40 billion won ($37 million) in cryptocurrency stolen. A little over a week later, Seoul-based Bithumb – the country’s biggest crypto exchange – suspended transactions after losing $30 million in cryptocurrency following another hack.

The proposed draft regulations coincide with a previously-set deadline by G20 nations that aims to enact a uniform regulatory framework for the cryptocurrency sector among member nations.