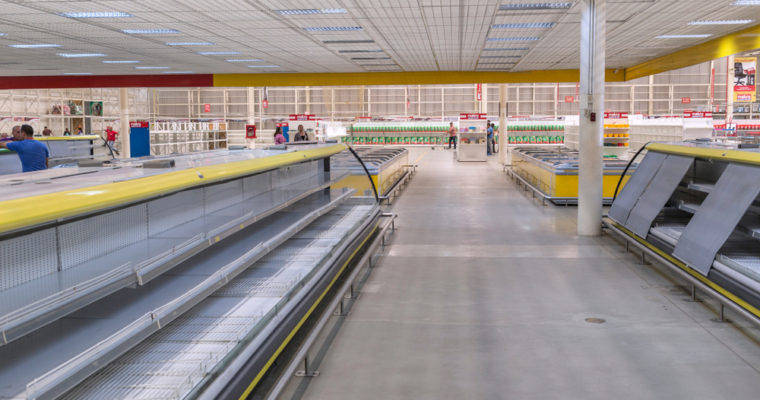 A Venezuelan crypto enthusiast has recently bought over 100 kg of food for his family and community thanks to the cryptocurrency community, after he received dozens of NANO donations from Reddit users.

According to a thread started little over a week ago, Reddit user Windows7733 revealed a 0.5 NANO (~$1.32) donation he received was nearly worth one month’s salary in Venezuela. In response to the thread, various Redditors stated sending over donations to further help him out.

User Windows7733 recently started another thread updating the community on the results, and revealed he was able to acquire 102 kg of food using 29.1 NANO, at press time worth $77.7, thanks to the NANO community.

“I feel extremely happy because today I was able to convince someone who I trust to accept NANO (he was already accepting bitcoin cash) in exchange for food. He sold me 102 kilograms (224 lb) of food, including cornmeal, meat, rice, sugar, beans, sauces and avocados. I’m still waiting to see if I will be able to buy powdered milk and cooking oil from this same guy.”

Commenting on Windows7733’s posts, other Venezuelan Reddit users revealed that the country’s situation makes it hard form them to use cryptocurrencies other than bitcoin, as it’s hard to find someone willing to buy NANO there.

Various cryptocurrency-based charities have been helping people in countries like Venezuela survive by providing enough funds for basic resources like food. A prominent organization supporting those in Venezuela, eatBCH, sees donors use Bitcoin Cash (BCH) to buy supplies.

As CCN covered, cryptocurrencies like Bitcoin have been helping Venezuelans survive government failures. The country’s hyperinflation index has recently reached the one million mark, which according to Bloomberg means one cup of coffee now costs 1 million bolivars in the country – up from 450 two years ago.

Meanwhile, the Venezuelan government has been focusing on its oil-backed cryptocurrency, the Petro. As covered, according to the country’s president Nicolas Maduro the cryptocurrency’s pre-sale raked in $5 billion.

The money, according to century-old think tank Brookings, is likely not going to be used to help the Venezuelan people, as it was a way for the government to bypass international sanctions and obtain foreign capital. The Petro, per the think tank, undermines legitimate cryptocurrencies.

It was recently revealed that Venezuela’s government is planning to finance villas for the homeless using the oil-backed cryptocurrency. Back in April, the executive secretary of the country’s Blockchain Observatory, Daniel Peña, touted the Petro’s impact would be felt “within three to six months.”