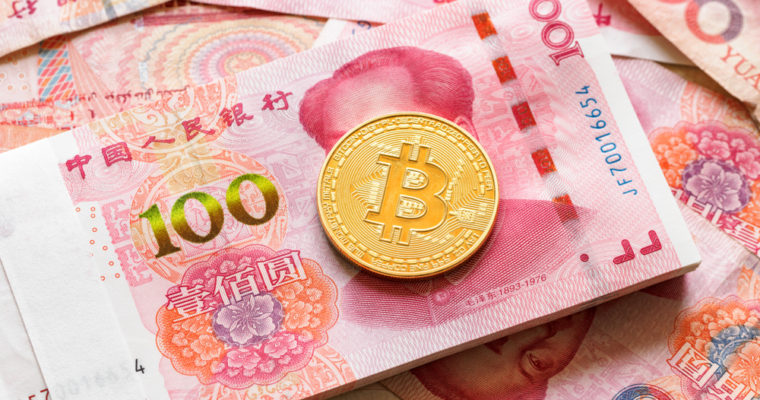 The much-publicized and controversial crackdown by China’s central bank on the country’s domestic cryptocurrency sector has had its desired effect.

The People’s Bank of China (PBoC) – the country’s central bank and financial regulator – has released data that claims bitcoin trading in China’s fiat currency, the renminbi (RMB), has dropped below 1 percent of the world’s trading. The data was reported by China’s official state-run press agency, Xinhua.

While the central bank report is yet to surface in the mainstream, the government news agency added that the PBoC recognized that China’s trading volumes accounted for over 90 percent of the global bitcoin trading volumes before the authority mandated the crippling curbs.

The Xinhua report also revealed that the PBoC had shut down a total of 88 cryptocurrency exchange platforms and 85 initial coin offering (ICO) exchanges and platforms since September 2017, ushering them toward a ‘zero-risk exit’, according to the publication.

As reported by CCN, China’s central bank introduced an instant blanket ban on all initial coin offerings (ICOs) in the country after classifying them as an illegal method of fundraising. A radical new form of fundraising powered by cryptocurrencies, the PBoC claimed ICOs had “seriously disrupted the economic and financial order”. Other nations including the likes of Thailand, Australia, Malta, Singapore, the United States and the United Kingdom have all released regulations or guidelines that have largely allowed ICOs to operate domestically.

Following the ICO ban, China quickly expanded those restrictions to include cryptocurrency trading platforms and exchanges. By the turn of September 2017, BTCC – one of China’s former ‘big three’ crypto exchanges – and the world’s first bitcoin exchange shuttered its doors in the country to move its base of operations to friendlier jurisdictions elsewhere. The trend has seen other exchanges including big-three competitors Huobi and OKCoin, and Binance, now the world’s largest cryptocurrency exchange, move to other countries.

The Xinhua report also indicates that China isn’t likely to lift its ban on bitcoin and cryptocurrency trading anytime soon, which now extends to the censorship of overseas trading platforms. The central bank has blocked a total of 110 websites, including Binance and Huobi, the report said. Further, Chinese regulators are also reportedly working with major online payment platforms like Alipay to crackdown on direct peer-to-peer trading and have so far disabled some 3,000 accounts.