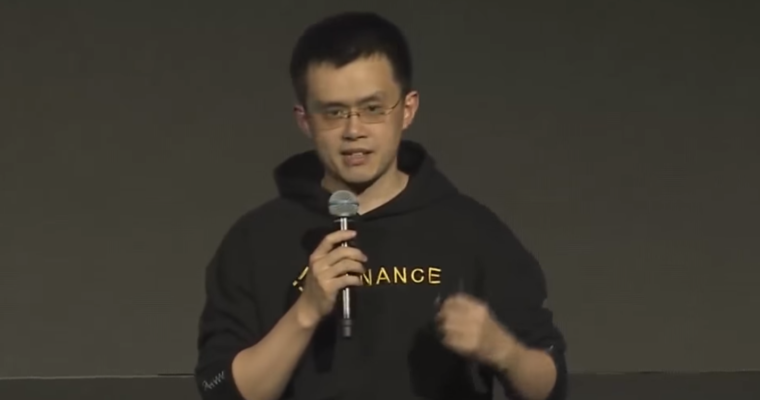 Changpeng Zhao (CZ), the founder and CEO at the world’s biggest crypto exchange Binance, has said that bitcoin is still in a positive position after its 70 percent fall since early 2018, especially considering its strong rally throughout 2017.

Crypto Market is Better in Every Way

From January to December of 2017, the price of bitcoin increased from $890 to $20,000, by more than 2150 percent. In comparison to mid-2017, the volume of bitcoin has increased by five-fold, signifying a significant surge in demand and interest towards cryptocurrencies as an emerging asset class from investors in the public market.

In an interview with Bianca Chen, a cryptocurrency researcher and reporter in Zug, Switzerland, CZ said that the cryptocurrency sector is in a better position than a year ago, in terms of infrastructure, price, volume, and mainstream interest.

In mid-2017, the cryptocurrency sector did not have any proper infrastructure in place for both retail and institutional investors. As of July, the crypto market has an institutional platform called Coinbase Custody established, with which hedge funds, academic institutions, and pensions can purchase many millions of dollars worth of digital assets like bitcoin and ether, the native cryptocurrency of the Ethereum blockchain protocol.

Major banks and financial institutions such as JPMorgan, Goldman Sachs, and Morgan Stanley have publicly disclosed their intent to facilitate the growing demand from their clients in the traditional finance sector towards cryptocurrencies by operating digital asset trading desks and exchanges in the future, once regulatory uncertainty around the crypto exchange market is cleared by the financial authorities of the US.

Most recently, at the Economic Club of New York conference, Goldman Sachs CEO Lloyd Blankfein said that if government-operated fiat currencies can dominate the financial system, consensus currencies can also emerge as dominant mediums of exchange.

More to that, Blankfein emphasized that it is arrogant to think cryptocurrencies simply cannot work because they are based on new fundamentals, principles, and philosophies.

“If you go through that fiat currency where they say this is worth what it’s worth because I, the government, says it is, why couldn’t you have a consensus currency? And so it’s not for me, I don’t do it, I own no bitcoin. Goldman Sachs as far as I know… has no bitcoin, but if it does work out, I could give you the historical path why that could have happened. I’m not in this school of saying… because it’s uncomfortable with me, because it’s unfamiliar, this can’t happen, that’s too arrogant,” Blankfein said.

So Where Does Bitcoin Go Next?

Similar to the 2014 correction, the drop in the price of bitcoin in 2018 was caused by the bubble of retail investors. The recognition of cryptocurrencies as an emerging asset class by banks, leading economies, and governments like the US, Japan, and South Korea will enable the next FOMO, fear of missing out, amongst large-scale investors and institutions.