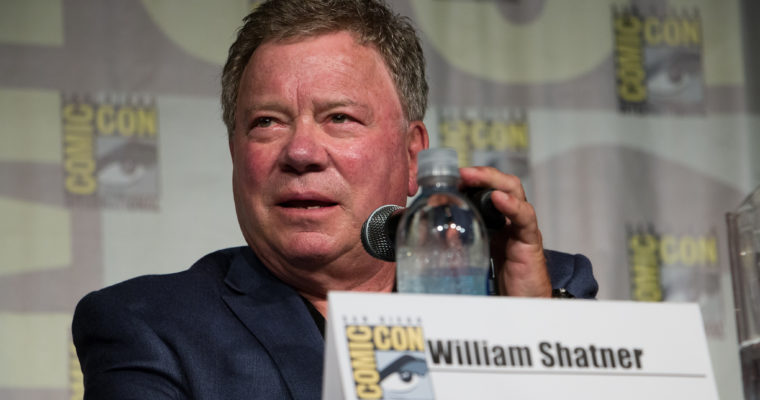 Cryptocurrency scams are on the rise. In a recent workshop organized by the U.S. Federal Trade Commission dubbed ‘Decrypting Cryptocurrency Scams’, it was revealed that consumers lost approximately $542 million in the first two months of this year in crypto-related fraud. By the end of 2018, this figure could hit the $3 billion mark according to the director of FTC’s Bureau of Consumer Protection, Andrew Smith.

Now, William Shatner has become the latest celebrity to be impersonated on Twitter with a view of scamming unsuspecting crypto investors. The actor most popular for his Star Trek role as Captain Kirk has consequently sent out an alert warning of the Ponzi scheme.

BTW another fake me pushing a pump and dump crypto Ponzi scheme: @wiliiamshatners

From the scammer’s tweeting history, activity started on June 20 with a post publicizing a website, etherpromotion.org, which was giving away 10,000 ETH. All that visitors to the website needed to do was send between 0.5 and 20 ETH, purportedly to verify their addresses. The tweets, as well as the website, promise to send back the ETH with the amounts having been increased by ten times!

Despite Shatner and many of his followers flagging the impostor account who bears his name as well as his Twitter profile picture, the scammer had still not been taken down from the microblogging platform at the time of writing. The website is also live.

Going by the history of such fraudulent activities, scammers have increasingly turned not only to impersonating high profile people but specifically those who are involved in the crypto space in one way or the other. As CCN reported, Shatner in his role as a spokesperson for the Solar Alliance Energy recently announced that the outfit was developing a crypto mining facility that uses solar energy.

As Spokesperson for @Solar_Alliance I’m proud to announce that they are developing North America’s first large scale solar powered cryptocurrency mining facility. I feel like a miner forty-niner: but where where’s my Clementine? 🤔🤷🏼‍♂️ #JointheAlliance pic.twitter.com/W9oDMQhg4S

The solar-powered crypto mining facility will be located in Murphysboro, Illinois, where Solar Alliance Energy has purchased a warehouse facility measuring 165,000 square feet.

‘Not Giving Away ETH’ Celebs

Other celebrities who have been impersonated with a view of carrying out scams include John McAfee, tech entrepreneur and cryptocurrency evangelist; Elon Musk, the founder and CEO of electric car maker Tesla; Vitalik Buterin, one of the founders of Ethereum; Donald Trump and Sir Richard Branson.

In the case of Branson, the billionaire founder of Virgin Group had to post on the conglomerate’s official blog to warn people against falling victim to the scams.

While in the case of Shatner the impostor used a randomly generated name as a Twitter handle – @cfpfYzzu2QxOVIs, scammers in other instances have taken pains to ensure their handles have as close a resemblance to the real account as possible. In the case of Elon Musk, for instance, different spelling variations of his name have been used including @Eilon_Musk, @Alon_Musk, @ElonMuski, @Elonn_Musk and @EloonMusk.