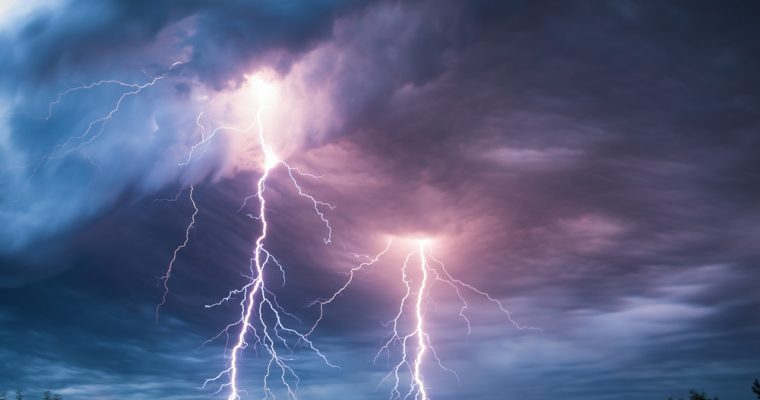 Bitcoin was introduced to the world around 10 years ago and much has changed during this bubbling period.

As developers promote new upgrades and better code functionality with Bitcoin Improvement Proposals (BIPs), that only get accepted if the global Bitcoin community agrees.

I know you guys already know this, but it’s better to be safe than sorry.

Although most BIPs are quite simple and fix small bugs or propose minor enhancements, there are some that can potentially shift how the entire bitcoin network operates, like BIPs 68 and 112.

One of those improvements is of course, the Lightning Network. During this article I’ll be addressing how users, exchanges and miners can benefit directly from adopting this technology in the near future. Yes, there are bottlenecks and ideas that may seem weird, but I do ask you to keep an open mind and read through until the end – this is, if you do not find my writing too technical and boring.

–This article shouldn’t be taken as financial advisement as it represents my personal opinion and views. I have savings invested in cryptocurrency so take whatever I write with a grain of salt. Do not invest what you cannot afford to lose and always read as much as possible about a project before investing. Never forget: with great power, comes great responsibility. Being your own bank means you’re always responsible for your own money–

So that you don’t get confused, the Lightning network is a side-chain protocol to Bitcoin, meaning there can be many different implementations of the same protocol by multiple companies. To make the whole thing simpler, when I mention the LN (Lightning Network) I’ll be referring to Blockstream’s LN and Lightning Labs’ LN.

Other implementations might be as good or even better, but we ought to start somewhere.

Why is Lightning so cool?

The LN is nothing more than a side-chain for Bitcoin. Instead of relying in hard-forks to upgrade transaction storage per block (block weight), it allows for the integration of public side-channels between nodes. This is, instead of validating all information on the main-chain, the LN creates direct connections between nodes, which are opened up by storing bitcoin on that channel. The best part is that routing can send payments via different channels (hop), meaning you don’t necessarily have to have many channels opened.

With LN any user can setup a Lightning node and open channels with any node in the network. This mechanic has great advantages in terms of speed and cost, as fees would be much cheaper because only settlement transactions get validated.

In a way what Lightning does is to allow for users to deposit bitcoin to open side-chains, in order to make as many transactions with third-parties as required, without any sort of formal validation (PoW). What happens is that when the channel is closed and the balance is settled, miners will pick up those transactions, validate them on the main blockchain and then propagate to all other nodes.

Some of the recent improvements made by the latest c-lightning implementation are quite astonishing and can definitely help in supporting a continuous growth due to higher user and business adoption. Let’s review some of the latest:

There are clearly reasons to be happy about how the LN is developing, especially if you’re an advocate of fast transactions with low fees. But to be 100% honest, the best aspect about the LN is yet to come.

I know it’s really cool to being able to open off-chain payment channels with anyone and trade bitcoin.

Exchange Integration with the Lightning Network

A key area where the Lightning Network can contribute to the scalability of Bitcoin is in making transactions between users and exchanges faster and cheaper. A large percentage of Bitcoin’s current on-chain volume involves exchanges, so moving some of these transactions to Lightning payment channels can lower fees for everyone. In addition, faster, lower-friction exchanges can increase liquidity and make price discovery more efficient throughout the Bitcoin ecosystem.

With the Lightning Network functionality available today, we propose two types of integration that can work independently or together: exchange-to-exchange integration and direct-to-user integration.  The first allows exchanges to open channels among each other to facilitate the transfers of user funds at high speed, in a cryptographically secure way. In the second, users are able to deposit and withdraw funds at high speed with minimal fees. This also allows users to move funds between exchanges with low friction and with a greater degree of privacy.

One integration strategy will be to have high-volume channels opened between exchanges, allowing users to move funds between exchanges quickly, cheaply, and securely without exposing the details of the Lightning Network directly to users. For exchanges, the benefit of Lightning in this scenario is the ability to offer virtually instant funds transfers to users with a high degree of cryptographic security. The disadvantage of this integration strategy is that traders will be exposing additional transaction details to their exchanges. Currently, traders transfer funds to a pseudonymous Bitcoin address that may or may not be associated with another exchange. With exchange-to-exchange integration, the name of the receiving exchange as well as the account ID at the receiving exchange must be revealed to the sending exchange.

In this scenario, exchanges will work with one another to open Lightning payment channels. User interfaces will be added to each exchange’s website to allow users to transfer funds directly to accounts on other exchanges.

In an exchange-to-user integration scenario, exchanges offer the ability for users to open Lightning payment channels directly with their exchanges. This allows traders to move funds in and out of exchanges with higher velocity and lower friction. This should allow traders to keep lower balances under the control of exchanges and reduce risk in the case of a security breach at an exchange. Another advantage of this approach is that it gives traders and market makers the ability to move funds between exchanges without exposing where funds are moving and without potentially exposing trades and strategies to exchanges. The downside of this approach for users is additional complexity, since users will be responsible for their own Lightning payment channels.

With exchange-to-user integration, the exchange operates one or more publicly accessible Lightning nodes. These nodes are integrated with the exchange’s wallet back-end so that funds deposited and withdrawn via Lightning payment channels are immediately available and appear available for trading just as on-chain deposits and withdrawals would.

As the Lightning Network grows, additional integration options will become available that could provide exchanges and users with security and ease-of-use benefits beyond the two basic integration strategies described above.

With Lightning, it can become possible to allow exchange users to make trades from within dedicated local apps, making deposits and withdrawals transparent to users. These apps can run on desktops, smartphones, or on more secure hardware devices such as the Ledger Blue. With exchange functionality integrated with a Lightning wallet, funds can be moved into an exchange’s control for the minimum time required for a trade to execute. Immediately after an order is filled or expires, the funds would be returned to the control of the user’s wallet/exchange app via Lightning. This could potentially create a simpler experience for users as well as reduce risk for exchanges in case of security breaches, as the amount of funds stored in hot wallets could be much lower.

With the two integration strategies described above, it’s assumed that users will be opening channels directly with exchanges. This will be economical for larger-scale traders who move money in and out of exchanges often. However, as the Lightning network develops, it will be possible for users to have open channels into the public Lightning network and for those users to be able to route deposits and withdrawals via intermediary nodes. It will likely take some time before there is enough connectivity within the Lightning Network for this to work, but when this becomes possible, it will allow a user’s channels to be used for a variety of different kinds of payments as well as multiple exchanges. With channel setup costs spread across multiple applications and counter-parties, Lightning transactions will become cheaper and more convenient.

There are many ways to improve scalability and off-chains are a great way to accomplish that.

Why should increasing the block-size be a better solution, if it will put more stress onto small transaction due to increasing fees?

Any issues you should worry about?

The most discussed bottleneck is the problem of centralization.

Honestly, I personally don’t think the LN will suffer massive centralization issues, at least not more than bitcoin mining, which people tend to say is centralized because there are around 3 pools with more than 50% of the hashing power.

No, the LN will most likely be quite decentralized in terms of routing as more nodes join the network.

Of course there will be corporate nodes running which will most likely be used as hubs – users prefer to connect to nodes with many channels open, as they route payments onto different people with greater ease. This means there will always be a certain degree of centralization, although because nodes cannot chose which transactions to route, nor they can reject channels from being opened, I see the LN as an open and permissionless way of using a bitcoin side-chain, without the hassle of forking the network, in order to gain more transactions per second. We can’t forget each hard-fork represents a decrease in the overall bitcoin security, as the more miners who switch to the new PoW, won’t be contributing to the Bitcoin network hashing power (blockchain weight).

Another issue with the LN can be associated to routing. It has been stated that routing is one of the unsolved issues of networks, as the way onion routing (used by the browser TOR), works is by adding layers between nodes, allowing each node to only know the previous sender and the forwarding node.
The idea i want to pass is that if you want to send bitcoin to a peer to whom you do not have an open channel with, you are depending on other nodes to create “safe” passage. The problem of onion routing is simple: if the channel breaks, the transaction fails because the node which holds the transaction does not know the transaction originator.

Should you really be worried?!

My advice?  Go play around with the lightning network and judge for yourself. There are apps already running on the LN, like Poketoshi, so you have no excuses to try it out.

For now, try to follow developers like Jimmy Song, Jackson Palmer or Ivan on Tech, who will teach you more about the LN’s technicalities and other protocol implementations and their issues.