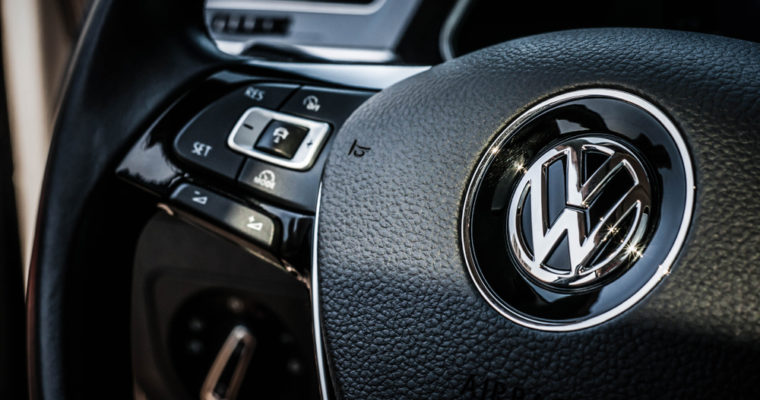 Volkswagen has applied for a patent allowing vehicles to communicate with each other through a blockchain-based network aimed to increase road safety by warning of nearby vehicles and alerting the driver to potential collisions.

The system could potentially be used to negotiate actions like merging lanes, overtaking, and a number of other high-risk activities on the road.

“In Vehicle-to-Vehicle communication messages are exchanged between vehicles to enable novel safety-relevant use cases. Most of the currently known use cases provide warnings to alert a driver about an imminent event, such as two vehicles colliding with each other,” read an excerpt from the patent. “To this end, Vehicle-to-Vehicle communication is based on single messages, which are signed by the sending vehicle. The signature provides integrity and non-repudiation. A natural extension to safety warnings are cooperative manoeuvres, which allow increasing both safety and efficiency of road usage.”

The patent deals with self-driven and manually-driven cars and aims to either display information for a driver to see or simply inform self-driving cars on their next move. A cooperative inter-driver contract is described which will allow drivers to enter agreements aimed to increase their road safety.

“Cooperative manoeuvres can be performed in a variety ways. One efficient way is for two vehicles to negotiate a contract. Once this contract is complete, the manoeuvres of the negotiated contract are carried out. In case a need for a change of plans arises, this change needs to be agreed upon as well.”

The crux of the patent is the concept of exchanging inter-vehicular messages which are cryptographically signed and serve to create a network of nearby cars in order to better avoid collisions and work with the flow of traffic.

The patent explains that messages are first exchanged between one vehicle and another, with each message containing a “hash pointer” which indicates where relevant information is stored on a blockchain. After the messages have been exchanged the pointer to the last of the messages is signed by each participant and published on the blockchain. If the resulting contract has to be changed, a further message is added and the process continues.

Ford Motors has also patented a cryptocurrency-fuelled vehicle technology allowing for preferential lane access while on the road among other functions, with cryptocurrency exchange being a feature of the system. It’s possible that the Volkswagen contract system will handle similar negotiations if approved.