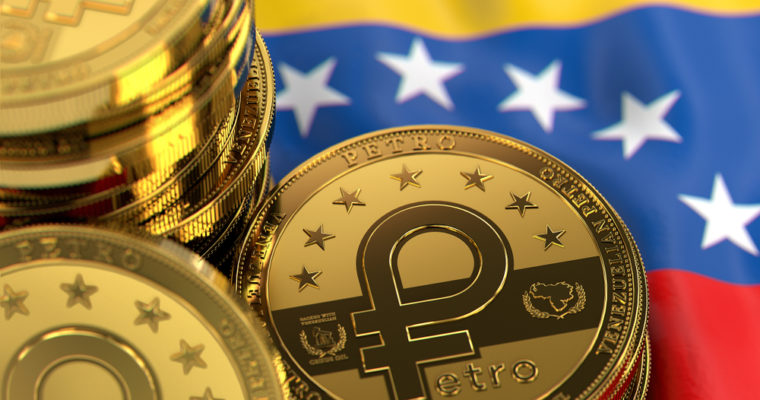 Venezuela’s minister of Habitat and Housing, Ildemaro Villarroel, recently revealed that the country’s government is planning to finance the construction of villas using its oil-backed cryptocurrency, the Petro.

According to local news outlet Telesur, the villas will be financed as part of the country’s housing project “la Gran Misión Vivienda Venezuela (GMVV),” which according to sources aims to give “homeless families a decent and accessible housing solution, using data provided by the community interested in solving the problem of family housing deficit.”

Per Villarroel, 33 local companies are already going through technical, financial, and logistical validation processes to carry out construction projects. The Venezuelan minister was quoted as saying (translated):

“Together with the governors we reviewed plans that we will start up in the second quarter, in this second quarter the GMVV will have an injection of financial resources, which this year will be protected and established with the Petro.”

According to Telesur, Venezuelan leader Nicolas Maduro approved the use of 75 billion bolivars (worth about $750,000) and 909,000 Petros to build the new villas. The Venezuelan official added that the oil-backed cryptocurrency offers benefits that “represent a protective shield for housing construction.”

As CCN reported, Venezuela has been giving the Petro various use cases, presumably in an attempt to pump demand. Earlier this year, it revealed it “may” charge for exports in the oil-backed cryptocurrency, and offered India a 30% discount on crude oil, if it paid with petros — an offer that India rejected.

Notably, in an interview with the country’s Cuatro F newspaper in April, the executive secretary of the country’s Blockchain Observatory, Daniel Peña, touted that the cryptocurrency’s impact would be felt within “three to six months.”

The century-old think tank Brookings Institute, on the other hand, has claimed that the Petro undermines legitimate cryptocurrencies, as its sale was essentially a way for Venezuela to bypass international sanctions and bring in foreign capital. The cryptocurrency’s whitepaper claims it will be used to pay for taxes, fees, and public services.

Since it was announced late last year, the oil-backed cryptocurrency has been embroiled in controversy, with the country’s National Assembly declaring it unconstitutional and President Donald Trump banning U.S. citizens and residents from investing in it.

Trump’s move, according to Venezuelan officials, was “free publicity” that helped double the number of interested investors. Back in May, CCN’s coverage noted that Venezuela’s Petro saga was set to continue indefinitely, as Maduro won another term as president in a highly-controversial election.