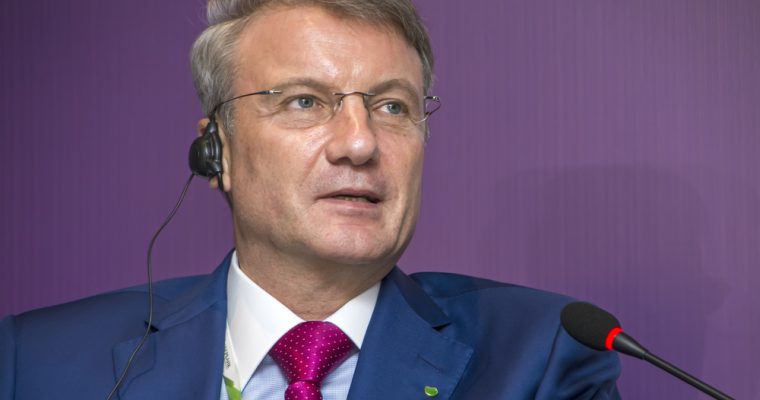 Sberbank CEO Herman Gref was speaking to reporters on the sidelines of the Astana Finance Days, a Eurasian financial conference in Kazakhstan, when he was asked for his take on the advent of cryptocurrencies and their role as a method of payment, Russian news agency TASS reports.

“Do I see a prospect of global use of cryptocurrencies as an alternative to fiat money? I don’t see it and I said it many times,” Gref said, before explaining:

“I don’t think that the state is ready to yield its centralized role in emission of fiat currency to some other decentralized institutions.”

While the remark represents the reality of today’s centralized financial system where a ‘central or reserve’ bank is the only institution that issues fiat currency in a country, there is a growing acceptance of cryptocurrency globally with the likes of Japan legally recognizing bitcoin as a method of payment.

Gref has been a vocal critic of the Russian government’s much-publicized crackdown on cryptocurrencies – until a recent pivot – over the years. In late 2016, the influential banker refreshingly revealed that he was a bitcoiner who actively engaged in fiat-crypto trading as an investment.

Earlier this year, Gref reaffirmed his years-long position in opposing any ban of cryptocurrencies and urged authorities put away their hostility in favor of regulation of decentralized money.

Meanwhile, Gref-led Sberbank became the first Russian bank to join an international blockchain consortium in Hyperledger in 2016 before becoming a member of the Enterprise Ethereum Alliance (EEA) in 2017. Sberbank has also piloted money transfers on an IBM-powered blockchain and is poised to test the issuance of tokens from an initial coin offering (ICO) on a central bank regulatory sandbox.

Gref’s comments come at a time when Russia is going through a legislative process of recognizing cryptocurrencies as assets without granting them the legality as monetary instruments for payments.