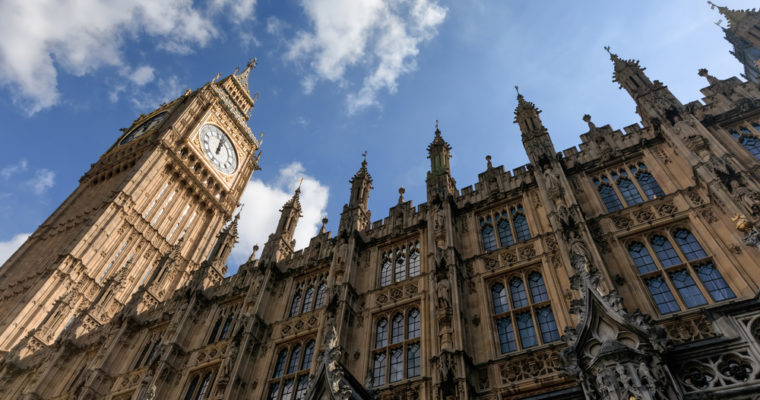 In a report issued today entitled ‘Unlocking Blockchain,’ MP Hughes  made a number of other recommendations including an international blockchain competition to encourage talented blockchain developers and proposed a UK blockchain developmental target described as “a longterm aim for government departments to make a 1 percent efficiency by embracing blockchain and other associated technologies.”

The 1 percent saving would amount to £8 billion or $10.5 billion and would be achieved by the chief officer overseeing the application of blockchain technology to UK public services databases.

The report was published by Freer, a think-tank connected with the British Tory conservative party, and suggests that businesses standing to benefit from increased adoption of blockchain technology could fund the international blockchain competition and benefit both themselves and the national economy as a whole.

It also discusses what Hughes calls a “trust deficit,” a lack of public trust in government institutions created after the 2008 financial crisis and “a series of serious public scandals ranging from the illegal misuse of parliamentary expense accounts to claims of harassment and abuse against charity workers.”

“After a never-ending litany of betrayals of trust and instances of overreach, the political and financial establishments, companies, and voluntary organisations that were once seen as pillars of the community, are often now held in little more than near contempt by citizens”

Hughes identifies DLT and blockchain technology as a way in which the government can increase transparency in government institutions and grow public faith and trust once more.

“Blockchain provides traceability and clear provenance. The blockchain holds all of the data from the start of the transaction, so the full history of any asset that is on the ledger can be known. There is no need to audit vast amounts of data, as the blockchain itself is the audit trail.”

Hughes goes on to discuss the other applications of blockchain technology, stating that the retail industry had explored and positively identified the capacity to greatly increase operational efficiency through the automation of labor-intensive processes with 82 percent of retail professionals sharing that sentiment in a global survey.

He then cited a Santander Fintech report stating that banks could greatly reduce costs associated with cross-border payments, regulatory compliance, and securities trading through the application of DLT with a cost reduction of up to $20 billion by 2022. Sweden is predicted to save $100 million through the use of the technology in their national land registry by automating the processes involved in fraud prevention.

The report also details the environmental benefits – a report from the Dubai Blochain Strategy predicts that 25.1 million economically productive hours can be reallocated through reduced document processing times and 114 MTons of C02 emissions eliminated through reduced trips.

The report is particularly comprehensive in drawing on multiple sources citing the social and environmental benefits of blockchain application on government systems and databases, perhaps a significant indicator in the shifting tide of opinion towards the emerging technology.

At the recommendation of British Prime Minister Theresa May, a digital copy of the report will be sent to every member of British Parliament for their consideration.