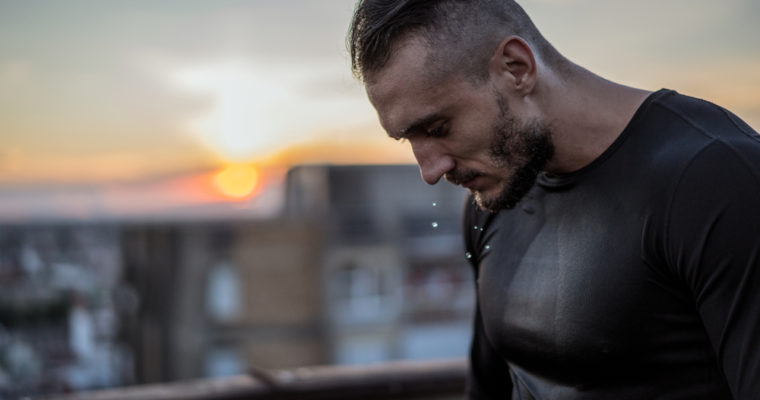 The only thing I really know about running a startup is that you’re supposed to suffer. It’s hard as hell to create a good company. The recipe sounds so simple, though: find a problem, create a solution, build a product around it and monetize it.

The reality is different, of course. People don’t understand your idea, you can’t find customers easily, it’s hard to find people who share your vision, and you need to dig for pockets of time in-between jobs to try creating something out of nothing, while you still have a personal life to attend to.

It’s not surprising almost all start-ups fail: It’s usually go big or go home. All or nothing. Only the best win. There’s no place for second.

You’re either in or out.

–This article shouldn’t be taken as financial advisement as it represents my personal opinion and views. I have savings invested in cryptocurrency so take whatever I write with a grain of salt. Do not invest what you cannot afford to lose and always read as much as possible about a project before investing. Never forget: with great power, comes great responsibility. Being your own bank means you’re always responsible for your own money–

Anyone who wants to run a business quickly finds out you either have a very complete set of skills, or you need people to help out. But help costs time and time costs money. You can try to convince people your token will increase in value, so that they accept it as a means of payment. This practice is quite shady, especially for core team members, as paying in tokens means others will share your risk as an entrepreneur.

The point is: people don’t live on air.

This means you either have personal money, a rich family, or you’re stuck working late nights to manage having a job and starting a business.

Of course there is a much easier way than that.

You waste a bit of time making a flashy whitepaper and ICO page, focus entirely on marketing & PR efforts, and hopefully trick a few people into giving their hard-earn cash.

Better yet, why not adding blockchain technology into every single paragraph? Those dinosaurs won’t resist a good ol’ buzzy word like that!

If you really want to save up some time, just do like Tron did: ctrl-C + ctrl-V

Success is earned, not bought.

Right now, most projects I’ve invested in are way, way, way below the red line.

Well, considering a great deal of people I find connected to cryptocurrencies are either working in advising, marketing, or PR, it does not surprise me a bit. Out of the blue, we have hundreds of cryptocurrency experts – people with no development skills, economic background, or mathematical experience – but who have successfully been involved with a number of ICOs which have raised millions of dollars.

Has the definition of expertise changed, somehow?

When we consider most money came from people like you and me, it scares me a bit; projects want to raise millions of dollars with nothing but a whitepaper or a crappy website made at Wix.

What kind of commitment is that, guy? You risk your brains and people their hard earned cash?

“But we’re going to do great things like solving (insert whatever problem you think of) with blockchain technology.”

Are we blind to see the more money a certain project raises, the less likely project members will properly manage funds? It’s much easier to make bad decisions when you have large sums of money to spend. There is considerably less accountability and that’s why most epic crashes are led by multi-billion dollar companies.

If you told someone not so long ago that “in just a few years there will be whitepapers worth more than some of the companies traded in the New York Stock Exchange,” you would be the laughing stock. Pun intended.

Now look at where we are

These estimations are not 100% accurate, I believe, but they do give us a clear picture of what’s happening: people are betting on huge projects. Just look at the two examples above.

Telegram pre-ICO was the most speculative event I’ve ever witnessed. A series of pre-rounds and no public sale event yet. Well done! I see no better way to dump everything on the plebe when tokens go public.

I already wrote about EOS in the past, so I’m letting it go for the time being. Something worth mentioning is that their constitution failed, not even a full week into being released. Clearly DPoS needs more tweaking, otherwise not only node validators get too much power, but also there is a small chance the network stops due to their inability to make decisions. Dan Larimar came out and said the EOS constitution needs to be re-done, which seems to be a fairly easy task considering they have $4 billion.

We quickly arrive to the realization that close to 50% of all money raised by ICOs in 2018, went straight to 2 companies.

Another example is the biggest project of 2017, Tezos.  Legal issues and massive delays have prevented Tezos to move from concept stage into a public testnet, until now. It raised around $232 million, closing the ICO on 7th July 2017.

Whose fault is it?

There are many people to blame, I think. ICO trackers, like ICObench and others, which accept payments for good reviews. Advisors who trick investors by over-promising. Cryptocurrency experts who do not understand the purpose of decentralization and censorship resistance or media channels promoting projects based on their ability to raise money.

Maybe all these people are to blame, but the real fault is ours, as independent investors and users. It’s up to all of us to really make an effort and, not only better understand each project, but also to create a decentralized framework to assess ICOs and share knowledge among ourselves.

It’s definitely up to us to actually do some research, find good teams and people who can drive forward change. We don’t want experts in raising money; we want experts in creating things.

What we need are hands-on people who are capable of building stuff. By either designing, developing, creating technical documentation, breaking down code, improving UI, business logic, economic incentives or whatever contribution actually creates value.

It’s not about the macro level. We don’t get useful information just by knowing X billion dollars were invested into ICOs. We need to go down the rabbit whole if we want to promote good change, because spending and funding do not dictate the quality of projects.

Truth is, the only way to improve the chances of survival of quality startups, is by rolling up our sleeves and doing some proper research ourselves. Don’t be fooled by others’ opinions.

I’m constantly saying: forget the news, forget prices and forget crypto-experts. Focus in what you know. Go back to basics if you need to. Start by looking at projects which succeeded, like Bitcoin, Ethereum, or Litcoin and see if you can figure out why they are continuing to grow in adoption.

Is it only due to price?

Is it because of the team?

Is it due to the network effect solely?

Want to know the truth?

I cannot give you a straight answer. One thing is certain; all of them had great founders, people with loads of technical expertise who weren’t afraid to fail. The question now is understanding what other factors you consider to be key for an ICO to become a top player.

Again, if you only focus on profits you’re limiting your actual contribution to the market.

For example, early investors in bitconnect made a really nice buck.

Do you think it was worth it?

Knowing you’re contributing to a pyramid scam which will eventually crumble because there is no actual platform or use case for the token? Aren’t values more important than profits?

I know these problems already existed long before cryptocurrencies came to be (like penny stocks for example). Nevertheless, due to the decentralized and untraceable nature of cryptocurrency funding and the lack of accountability from CEOs or founders, it’s obvious anyone who has a startup will try to take advantage of this unregulated market.

It’s up to all of us to make sure funding is better distributed among projects and we do not support billion dollar whitepapers.

No startup will ever need that much cash.

Undoubtedly, the best way to value other people’s money is if your own blood, sweat and tears are on the line.

Keep that in mind.