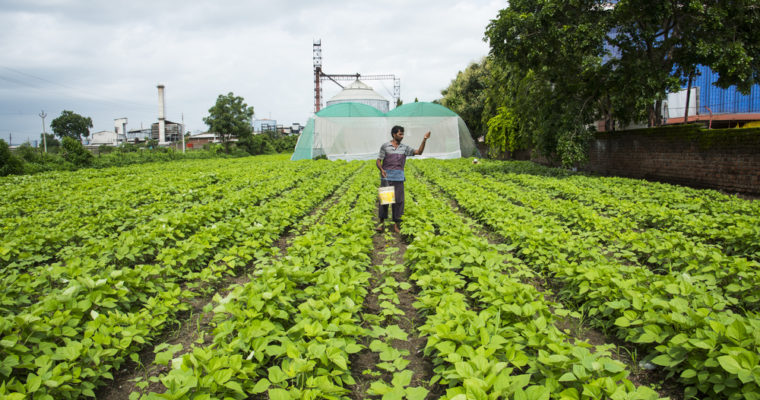 India’s most influential state-run think tank is set to undertake a research project to explore the use of blockchain technology for fertilizer subsidy disbursements to farmers.

The National Institute of Transforming India (NITI), the Indian government’s primary policy-making body, has entered a statement of intent (SOI) with the fertilizer giant Gujarat Narmada Valley Fertilizers & Chemicals Limited (GNFC) to develop a blockchain solution for subsidy management in the fertilizer industry. As reported by the Press Trust of India, the think tank also intends to outline policy recommendations to turn current subsidy mechanisms more immune to data leaks while improving transparency based on the outcome of the research.

Subsidy distribution in payments to farmers will become more streamlined without the need for documents or multiple points of authorization.

Specifically, the terms of the SOI will see the two organizations jointly research and develop a proof-of-concept (PoC) application to improve the efficiency of the current multilayer, multi-agency distribution chain of what is a $10 billion domestic fertilizer subsidy industry. The blockchain solution will also be powered by smart contracts to enable instant, accurate reconciliation of transactions without the need for human oversight between multiple parties.

“With the adoption of blockchain technology, it is expected that distribution will become efficient and subsidy transfer would be automated and in real time.”

In the next step of the joint-endeavor, the multi-phase research project’s PoC blockchain will be integrated with India’s Soil Health Card initiative to recommend specific fertilizers to farmers based on the soil health of their land.

The blockchain PoC in the agricultural sector joins a growing list of decentralized trials undertaken by the NITI across a number of sectors including education, healthcare and pharmaceuticals. For instance, the government think tank is already working on another blockchain solution to combat India’s rampant counterfeit drug supply chain.

The think tank has also been reportedly working on a nationwide blockchain infrastructure platform, dubbed IndiaChain. A whitepaper for the project, developed as an interoperable blockchain platform that enables private companies and developers to build applications as an added layer for the public domain, is expected to be released in July.