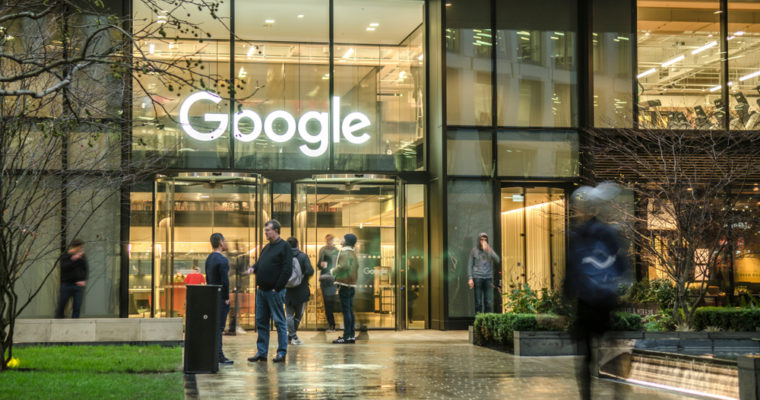 Cardano creator Charles Hoskinson is wont to complain that his project gets unfairly overlooked by mainstream media outlets, but the cryptocurrency, eighth-largest in the world by market cap, has nevertheless attracted the attention of one of the world’s largest tech companies: Google.

Hoskinson, an Ethereum co-founder and co-creator of blockchain development firm IOHK, was recently invited to Google’s London headquarters to introduce employees to Cardano and answer questions about the Ouroboros protocol.

The session, the transcript of which has been published on the IOHK blog, saw Hoskinson and IOHK Director of Engineering Duncan Coutts conduct a deep dive into the economics and technical specifications of Cardano, as well as present their vision for the blockchain industry writ-large.

Hoskinson told the Google staffers that he believes cryptocurrency will “remove the walls between different “tokens of value.” If gold, fiat currency, and airline miles all symbolize wealth, he said, they should all be more or less interchangeable.

“And because all the payment systems are now programmable, thanks to you guys and many others, the merchant gets paid whatever the hell the merchant wants to get paid, now. So I can walk over to Starbucks, and I can have my house tokenized, and I can sell it. There’s a market maker that lives in between that, and I sell one-millionth of my home and I can buy that cup of coffee, somebody bought that from me and the merchant gets paid in dollars or pounds.”

There’s no indication that Google’s introduction to Cardano will lead to any future collaboration, though this has not stopped such rumors from circulating around the ADA investor water cooler.

More interesting to consider is what, if anything, it suggests about Google’s evolving attitude toward cryptocurrency and blockchain technology in general.

As CCN reported, a Google recruiter apparently reached out to Ethereum co-founder Vitalik Buterin about taking a job at the company. Rumors swirled that the tech conglomerate must be working on developing its own cryptocurrency, or at least a blockchain project, though the wording of the email (what was visible in the screenshot, anyway) appeared more like a general recruiting pitch than a targeted job offer.

Notably, Google is one of several tech companies to ban cryptocurrency-related advertisements in response to the proliferation of initial coin offering (ICO) scams, many of whom used these platforms to target less-sophisticated investors.

That’s not a dealbreaker, of course. Facebook, which also banned cryptocurrency ads (but has since rescinded the prohibition), has created a team to pursue blockchain research, and this initiative reportedly involves high-level discussions about developing and issuing its own cryptocurrency.