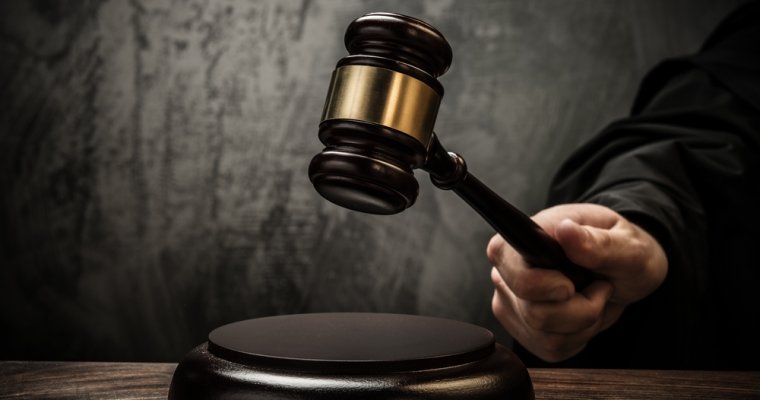 Since our last article on the unfolding situation with the deadlocked Envion ICO, a group identifying themselves to CCN as Concerned Envion Investors have been working to produce evidence that CEO Mathias Woestmann snatched the company from the founders and falsified documents to seal the deal.

Now they claim to have that evidence.

The public aspect of the case began with Envion CEO claiming that $40 million worth of tokens had been illegally generated:

“In addition to the 86 million tokens issued legitimately in the ICO, another 40 million have been generated without the knowledge of the Board of Directors. These were parked on various virtual wallets, some of which were then further distributed. After advertising the tokens on social media platforms, a portion of these digital securities was sold by the fraud perpetrators to crypto exchanges.”

“It was our ambition to make crypto mining go green. I am all the more disappointed by this fraud, which has stricken not only our company, but also the entire Blockchain world.”

A forensic investigation has been carried out Blockchain Intelligence Group (BIG), hired by Envion AG led which is now led by Woestmann. Woestmann has not released the full report, although claims it supports his accusations of illegal token generation. BIG created a short blog post explaining that their role is simply to analyze and review data, not to place blame at anyone’s doorstep. The supposedly independent auditor went on to say:

“Blockchain Intelligence Group was contracted by Envion AG to conduct a forensic cryptocurrency investigation. This is the full extent of our relationship with Envion.”

However, that does not appear to be true.

Investors, founders, and journalists at FinTelegram allege that companies headed by Woestmann promoted and partnered with BIG during and after an early-stage capital raise – if true, the conflict of interest is such that they should never have been hired as auditors.

Woestmann is listed as a director of the Apaton Group, although his name has now been removed from the official company website. Apaton announced a partnership with BIG in April. BIG was promoted in the investment letter Der Finanzinvestor, and www.boersenman.de, a domain allegedly owned by Woestmann, redirects to Der Finanzinvestor, linking him to the company and demonstrating his role in the establishment of BIG through multiple channels.

It seems that as early as January with the ICO ongoing, a feud had developed between Woestmann and the founders — contact was cut for four months without investor knowledge and with no progress in that time. The founders accused the CEO of squeezing them out – when investors challenged Woestmann to respond he released a video now stating that the founders had illegally created an additional 20 million tokens, not 40 million.

It emerged that, a month after the ICO, tokens were sold on exchanges by the founders despite there being a token freeze. Citing counterfeit tokens, Woestmann implemented a token swap to return investor funds with the promise that holders of original ICO tokens would be refunded, although buyers of “illegal” tokens would need to sue the creators of said tokens for their money back.

The founders claimed that their token sale was carried out to fund Trado GmBH and ultimately Envion itself after Woestmann allegedly stopped paying for hardware and staff wages. Founder Laurent Martin spoke to CCN saying:

“There is no such thing as additional tokens. It’s a fictitious construct created by Woestmann to distract from charges against him. We filed in court in early May. There had never been talk of extra tokens at that point. He found out about the court case and levied his false fraud charges on May 16th.”

A pseudonymous Medium poster claiming to be an investor alleges that the founders implemented a smart contract function allowing them to receive and sell tokens during the freeze period, that the feature was added after the audit was completed without informing investors, and that the token dump was not compliant with SEC regulations.

The founders insist that the sale was carried out through a third party and that their lawyers ensured that they were legally compliant throughout. When asked about whether the smart contract had been altered, Martin was tight-lipped, simply saying:

“The prospectus was correctly executed. The smart contract is a means to execute the prospectus. Further discussion is irrelevant.”

Investors pointed out innacuracies in the Medium post slamming the founders, responding today to claims that 12.6 million EVN were sold by saying:

The second wallet can be viewed here.

Meanwhile, the founders claim that Woestmann refused to burn tokens when requested and used powers granted to him temporarily to aid the ICO process to take over the company through a covert capital increase which diluted the founder shares from 81 percent to 31 percent, enabling Woestmann to take control.

Woestmann’s associate Thomas van Aubel and his wife Jutta Freifrau von Falkenhausen now hold a 61.5 percent share in Envion AG via their company Sycamore GmbH, and Woestmann has been referred to by investors as a front man for Van Aubel.

“Van Aubel and his wife, Jutta von Falkenhausen, are clearly behind the envion coup. Woestmann is just a henchman, a lackey. Woestmann finally admits in his press release precisely what van Aubel tried to cover up—even in court—that van Aubel had the company hijacked by his friend Matthias Woestmann at the expense of investors who have now lost a lot of money. Woestmann and van Aubel have thereby destroyed a lot of investors’ capital.”

On Thursday 21 June an injunction filed by Trado GmBH against Sycamore GmBH and Quadrat Capital GmBH was passed with the court ruling the capital increase and resulting share dilution as an illegal breach of contract, citing “collusion behavior by the two managing directors [Woestmann and van Aubel]” with intentional injury, a violation of the German Civil Code (§ 826 Bürgerliches Gesetzbuch, BGB).

Speaking to CCN, Woestmann said that things were far from over between him and the founders:

“The ruling was an injunction, i.e. a freeze of the current status, not a final ruling. Its sole purpose is to prevent any change – because the actual legal proceedings may take several years in which the underlying situation which is subject to a future court ruling might otherwise change and so that the final ruling would run empty.”

With the founders accused of manipulating the smart contract as well as losing control of the company and the CEO being found in breach of contract when transferring shares to his associate’s company, it’s difficult to say who is in the wrong. Arguably both parties have had a hand in the standoff now facing the project, but unfortunately it is Envion’s 30,000 investors who have paid the heaviest price.

“The founders will continue court actions against Quadrat Capital and Sycamore: Woestmann, Thomas van Aubel, Jutta von Falkenhausen, and Dinnies von der Osten until such time as they decide to return shares to the founders.”

Concerned Envion Investor group, for their part, acknowledged that the founders had made their share of mistakes in allowing the company and associated funds to be taken over in the first place, while categorically stating that Woestmann has clearly manipulated documents and figures to support his version of events.

“All the numbers stack up completely when based on the Old Prospectus. Woestmann won’t release the full [BIG] report so we can’t fully analyse. Investors took barely 30 minutes to pull the press release apart – everything was accounted for. We also ran our own analysis as there are open source tools to do so on the blockchain. The data doesn’t lie.”

They expressed a wish to see the matter finalized soon, but all parties are aware that there are more battles to be fought before the $100 million mining project can commence operations and begin granting investors what they paid for.

“It’s getting painful now and we just wish it was over,” the investor group spokesperson said. “Matthias Woestmann is putting up a strong front, but behind closed doors, he’s done. Thomas van Aubel is more difficult.”