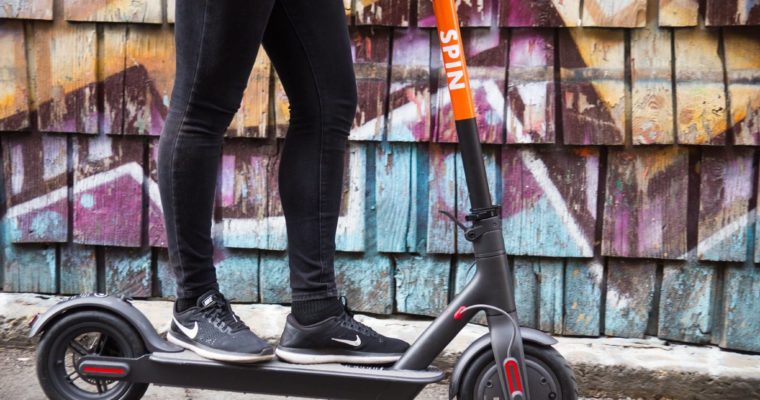 An electric scooter startup called Spin is trying to raise close to $125 million in what’s called a security token offering (STO), which sells tokens backed by real-world financial instruments, according to Axios and confirmed by TechCrunch.

The STO marks a new phase in funding following initial coin offerings, TechCrunch observed. STOs provide more security than ICOs since investors can purchase tokens backed by real-world financial assets. STOs, according to Axios, are “explicit securities” and not utilities.

Spin, which has already raised $8 million, according to TechCrunch, plans to raise funds from accredited investors who will receive revenue from the electric scooter business, according to an unnamed source.

Spin announced its expansion into the scooter industry in February, following Bird, which raised $300 million, and Lime, which raised $250 million, according to TechCrunch. Sequoia Capital led the Bird financing while GV led Lime’s.

Spin has secured an agreement with a company called Ninebot to buy 30,000 scooters per month for the remainder of 2018, the source said. Ninebot, according to its website, is a Beijing based company that makes and distributes short distance transportation vehicles.

Also read: Binance CEO says ICOs are ‘necessary,’ most VCs ‘have no clue’

Prior to its recent expansion into scooters, Spin ran a bike sharing platform. Following its launch in Seattle, Spin moved its bike sharing operation to South San Francisco in August. In January, the company introduced a stationless electric bicycle.

Spin has since switched direction to focus on electric scooters, the source said.

Electric scooter companies are currently waiting for the San Francisco city government to decide if they can operate their scooters in the city.

Spin’s founders have also invested in Layer Protocol, a blockchain based “reputation and rewards” protocol they plan to eventually integrate with the company’s service, Axios noted. According to its website, the company provides a dockless scooter sharing program.