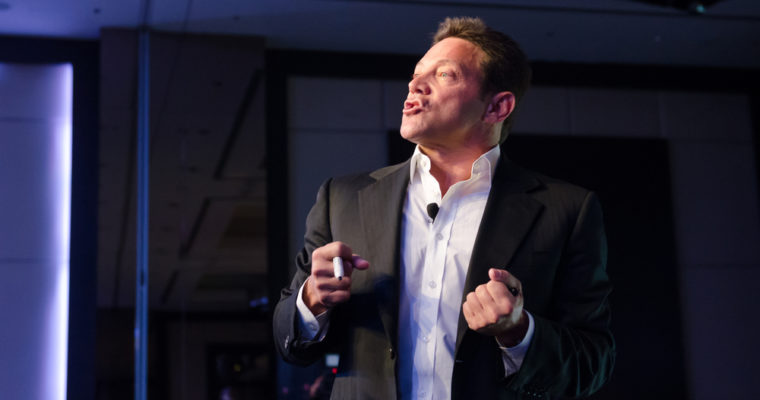 The ‘Wolf of Wall Street’ is saying “I told you so” about bitcoin prices’ recent retreat.

In a video shared on his Youtube channel, former stockbroker Jordan Belfort, infamously known as the ‘Wolf of Wall Street’, has claimed it’s the “beginning of the end” for bitcoin as the market has run out of fools. He believes the market has not “even crashed yet” but warned investors of an imminent meltdown where they could “lose all of their money.”

Belfort, who spoke about the “greater fools theory” in his video, which he believes is the main issue affecting the market, and will ultimately lead to its end. The Greater Fool theory is an investment theory which believes the price of a security can be justified by a rational buyer who “foolishly” believes someone else can pay a higher price for it irrespective of its intrinsic value. While hammering on Bitcoin not being a store of value, Belfort also compared the current dip in Bitcoin prices to the economic crisis of 2008 where investors were unable to find buyers for faulty mortgage-backed securities.

Bitcoin has often been on the receiving end of harsh criticisms. Earlier this year, Billionaire Warren Buffett thrashed Bitcoin by saying “it’s rat poison squared.” Another famous entrepreneur who has criticized bitcoin in the past is Alibaba Co-Founder Jack Ma while consistently praising the blockchain technology.

Belfort went on to explain further his thoughts on blockchain technology. He said while he believes in Blockchain and its use-cases, he advises investors who are holding Bitcoin to “get out if you don’t want to lose all your money.” As with other investors who are bearish about the prospects of Bitcoin, they have faith in the technology, but they don’t believe in the currency.  Belfort also referred to the Bank of International Settlement report which was released earlier this month, where the BIS remarked that while Bitcoin has its uses, it had too many limitations to be considered a medium of exchange that could replace money.

The cryptocurrency market is often affected by FUD, and there are some commenters online who believe Belfort is only trying to spread FUD among investors who listen to him. Others think he’s trying to stay relevant by sharing his opinion on one of the most debated topics in the world.

This is not the first time Belfort is criticizing Bitcoin openly. In an interview last year, he said the cryptocurrency was a fraud as “[bitcoin] is specifically being backed by nothing other than a program that creates artificial scarcity. It seems bizarre to me that it can ever really be sustainable.” Belfort doesn’t support ICOs either, and he refers to them as“the biggest scam ever.”