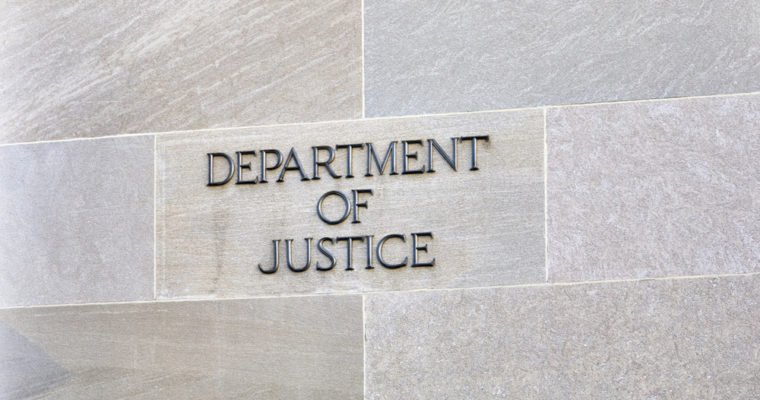 The Department of Justice (DOJ) in conjunction with a host of other government agencies have uncovered vendors of illicit goods on the Darknet to seize weapons and over $20 million in bitcoin from them.

The operation which was spearheaded by the Department of Justice had Special Agents of Homeland Security Investigations (HSI) pose as money launderers on Darknet market sites where they were able to identify vendors of illicit products while exchanging U.S dollars for virtual currency.

The agents were able to seize cryptocurrency mining devices, weapons, narcotics, $3.6 million in U.S currency and gold bars, nearly 2,000 Bitcoins and other cryptocurrencies worth over $20 million, , the DOJ said in an announcement

Speaking on the success of the bust, Deputy Attorney General Rod J. Rosenstein said illicit vendors should not feel too comfortable in the Darknet. “Criminals who think that they are safe on the Darknet are wrong,” he said.  “We can expose their networks, and we are determined to bring them to justice. Today, we arrested more than 35 alleged Darknet vendors. We seized their weapons, their drugs, and $23.6 million of their ill-gotten gains.”

Rosenstein went further to explain what the next steps were for the agency. He said there will be a nationwide effort to cut off the supply of drugs like the deadly “fentanyl that are killing an unprecedented number of Americans.” According to doctors, an amount of fentanyl as “small as a grain of sand can kill an adult.”

In his remarks, the Executive Associate Director Derek Benner of U.S. Immigration and Customs Enforcement’s Homeland Security Investigations (HSI) said the Darknet is constantly changing which makes it difficult to track illicit vendors on the platform.

“The Darknet is ever-changing and increasingly more intricate, making locating and targeting those selling illicit items on this platform more complicated,” he remarked.

He was however ecstatic as the “veil has been lifted” and today’s bust shows that “every criminal is within arm’s reach of the law.”

Through this operation, the HSI New York was able to open more than 90 active cases around the country which led to the arrests of over 35 Darknet vendors. The DOJ worked with the U.S. Immigration and Customs Enforcement’s Homeland Security Investigations (HSI), the U.S. Secret Service (USSS), the U.S. Postal Inspection Service (USPIS) and the U.S. Drug Enforcement Administration (DEA) on the operation.

According to the  Inspector in Charge Peter R. Rendina of the U.S. Postal Inspection Service (USPIS) New York Division, the partnership between the postal inspectors and other law enforcement agencies sends a message to other illicit vendors that “no resource or expense” will be spared in its fight to stop the sale and distribution of illicit products on the Darknet.

More than 35 Darknet vendors have been arrested and the investigation is ongoing.

Last month we reported a probe being carried out by the DOJ into bitcoin price manipulation in the market.