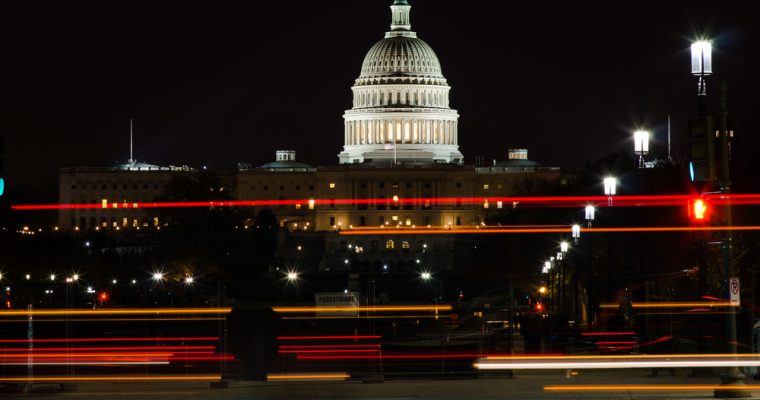 The U.S. House of Representatives has passed a bill requiring the Comptroller General of the United States to propose laws and regulations to put an end to drug and sex trafficking after examining how cryptocurrencies and online marketplaces facilitate these activities.

The bill, H.R. 6069, sponsored by Rep. Juan Vargas, is titled, “Fight Illicit Networks and Detect (FIND) Traffic Act of 2018.” The bill would allow Congress to develop ways to regulate the use of virtual currencies to prevent illegal drug sales and sex trafficking.

Vargas said he hopes to see the same level of support for the bill in the U.S. Senate.

The anonymity permitted by virtual currencies has made them a significant means of payment for illicit activities, according to a press release about the bill. These activities are believed to be the most detrimental activities that online marketplaces and the dark web enable.

The Drug Enforcement Administration’s 2017 National Drug Assessment reported that criminal organizations are increasing their use of virtual currencies for these activities, the bill notes. It further notes that virtual currencies and illegal online marketplaces are contributing to the country’s opioid crisis.

According to the U.S. Treasury Department, virtual currencies are designed to meet a legitimate market need, the bill notes. In addition, according to a Federal Reserve Bank of Chicago economist, U.S. consumers are seeking versatile payment options that provide immediate finality that no payment method meets.

The bill instructs the Comptroller General to determine how payment methods facilitate the buying, selling and financing of these illicit activities.

It specifically seeks an explanation of how illicit funds sent via virtual currencies are repatriated into the regular banking system via money laundering or any other methods.

The bill also wants the Comptroller to determine how both state and non-state actors benefit from or participate in the selling, buying and financing of services that are associated with these illegal activities.

One goal is to identify how state and federal agencies can halt the commerce of these activities, as well as what efforts will prevent the proceeds from such activities from entering the U.S. banking system.

The bill also recognizes the possibility of using virtual currency technology to prevent these activities, as it calls on the government to identify how the technology can deter and detect such activities. It calls for an understanding of how virtual currencies’ traceable and immutable nature can help track and prosecute illicit funding activities.

The Comptroller is required to submit a report summarizing its study one year following the law’s enactment to both the U.S. House of Representatives’ Committee on Financial Services and the Senate’s Committee on Banking, Housing and Urban Affairs.