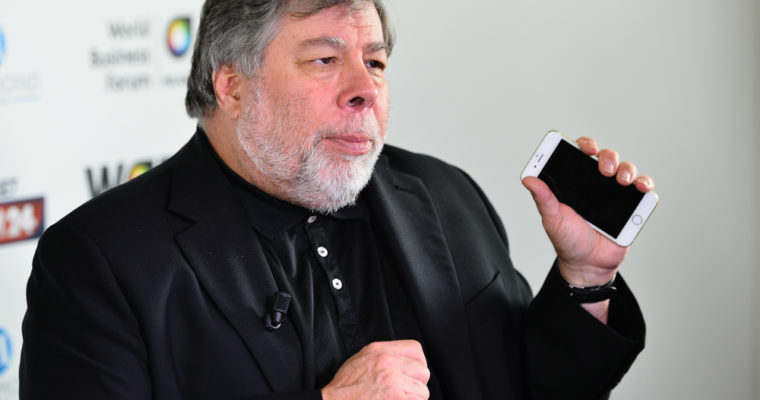 One of bitcoin’s biggest bulls is calling it: blockchain is a bubble, on par with the dotcom bubble that occurred at the turn of the millennium.

Steve Wozniak, who co-founded what is now the world’s largest company, said that he sees parallels between the development of the internet — as well as the hype cycle that accompanied it — and the burgeoning blockchain industry.

“It was a bubble, and I feel that way about blockchain,” Wozniak said Tuesday on stage at the NEX technology conference in New York, according to a CNBC report.

Wozniak, who said recently that he hopes bitcoin will become the world’s global currency, told the conference that he has not soured on blockchain technology’s potential to disrupt a multitude of industries — social networks, for example — but that many blockchain startups will inevitably over-promise and under-deliver.

“If you look now you say all that internet stuff happened, we got it, it just took a while,” he said. “It doesn’t change in a day, a lot of the blockchain ideas that are really good by coming out early they can burn themselves out by not being prepared to be stable in the long run.”

Wozniak, as CCN reported, particularly favors bitcoin and ethereum — the former as digital gold, the latter as a robust platform that could be the “next Apple.”

“Bitcoin is mathematically defined, there is a certain quantity of bitcoin, there’s a way it’s distributed… and it’s pure and there’s no human running, there’s no company running and it’s just… growing and growing… and surviving,” he said earlier this month. “That to me says something that is natural and nature is more important than all our human conventions.”

The “Woz” invested in both assets early on, accruing significant profits during last year’s bull run. However, he sold most of his cryptocurrency holdings months ago. At the time, he said it was because he found himself focusing too much on the price, but in this speech, he gave a slightly different explanation.

“All of the sudden it was way down, then way up in the sky,” he said. “I got scared, and sold everything but one bitcoin.”

But even after selling his coins (and losing some to scammers), Wozniak maintains that bitcoin is “just amazing,” in part because unlike many copycats it is “totally decentralized.”