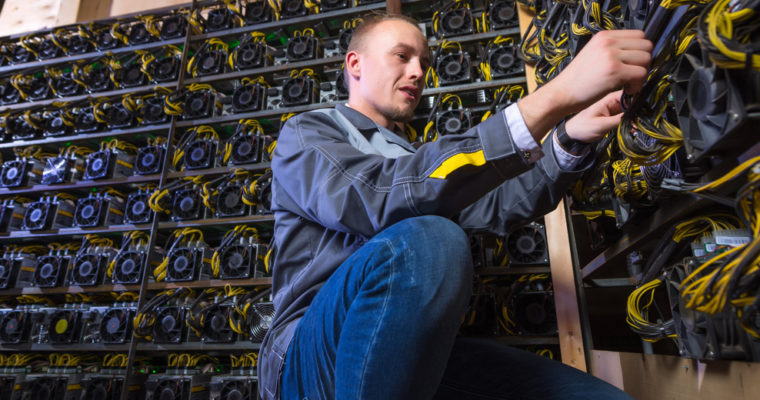 Ukranian miners can now be at ease, as officials have stated they have no intention of regulating the popular crypto mining.

Up until now, cryptocurrency miners in Ukraine have been living in fear and uncertainty. Crypto mining companies worried they would be fined, eventually, or that somehow their equipment could be seized.

However, officials from the State Service for Special Communications and Information Protection of Ukraine have clarified the department currently has no interest in issuing regulations for cryptocurrency mining.  A representative from the Office of Effective Regulation, Igor Samohodsky, emphasized crypto miners have been operating in the shadows, fearful of the repercussions.

Ukrainian crypto miners are allegedly generating more than $100 million a year which would generally attract authorities, but not in Ukraine. The country has proven to be extremely crypto-friendly, going as far as erecting a statue in Satoshi Nakamoto’s honor. The plans were announced earlier this month, and the statue is expected to be where once Lenin’s stood.

There have been reports of a proposed stated-issued cryptocurrency, earlier this year. In a statement released by Ukraine’s security council, The National Bank of Ukraine was allegedly considering issuing its own cryptocurrency.

When it comes to regulation, Ukraine has been more transparent than most. A member of the Ukrainian parliament, Alexei Mushak, asked his Facebook audience to give their input on the topic of legalizing cryptocurrencies. Not only that, he published the draft proposal on his wall for everyone to see.

Unlike other countries, Ukraine seems determined to reach a consensus with its cryptocurrency community. The country has gone above and beyond to ensure transparency throughout the whole process — the proposed draft has been edited by numerous crypto enthusiasts and opinions have differed.

Nonetheless, moving forward, cryptocurrency mining in Ukraine is expected to proceed as usual. No licenses will be required, nor will there be any regulations for individuals or companies to comply with. It seems the country will keep, for now, the same crypto-friendly stance.

As early as last year, it showed Bitcoin has a home within its economy. Back in November, a Ukrainian shipping company, Varamar, began accepting the digital currency as a payment method for its services. At the time, Varamar’s founder, Alexander Varvarenko, claimed the decision would solve payment issues with countries such as Russia, Pakistan, or Qatar.

Ever since then, many companies have either adopted one or several cryptocurrencies as payment alternatives or have established blockchain-related teams of their own to assess how to use it to their advantage.