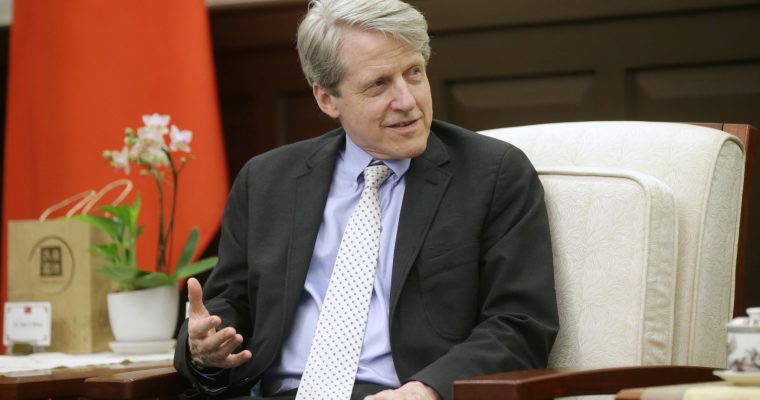 Robert Shiller, the Nobel Prize winner in economics who has called bitcoin a bubble, has observed that bitcoin is a social movement and its popularity in the U.S. varies based on geography, according to Bloomberg. He called it a non-rational response to new information.

Speaking on Bloomberg TV with Guy Johnson and Tom Keene, Shiller, an economics professor at Yale University, said bitcoin is more popular on the West Coast than the East Coast, due to Silicon Valley’s interest in the technology.

Shiller, who predicted both the housing bubble and the dot-com bubble in the U.S. economy, said the response to bitcoin is an “epidemic of enthusiasm” and is a social movement.

Asked if he agrees with the comparison between bitcoin and the 17th century tulip bubble in the Netherlands that some bitcoin naysayers have made, Shiller noted that tulips still carry value and there are expensive tulips.

He has said bitcoin will not exist in 100 years, but if it does survive, it will be different from what it is at the present time. He said it will have a different name.

In 2013, bitcoin exceeded $1,000 only to lose 80% of its value, Shiller noted. Such a scenario could happen again. While he believes bitcoin to be a bubble, he does not think its value will necessarily fall to zero.

While he has criticized bitcoin, Shiller has said that he likes the innovative spirit and excitement that cryptocurrency has created.

This past April, he said bitcoin’s excitement was driven by hype and emotion that was not based on strong financial fundamentals. The hype, he said, is driven by a sense of rebelling against the system. People admire something that does not come from the government.

As a currency, he has said bitcoin would return mankind to the dark ages.

Also read: Bitcoin may not be around in 100 years, says Nobel laureate economist Robert Shiller

Shiller is one of many market watchers who does not believe in bitcoin’s long-term viability. Ken Griffin, CEO and founder of the Citadel, a hedge fund management firm, has compared bitcoin to the Netherlands’ tulip bubble.