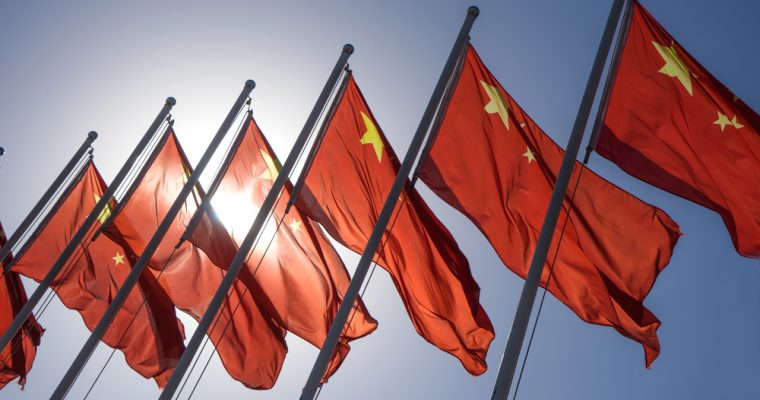 After pausing its blockchain network subsequent to the discovery of critical bugs, suspending 27 user accounts without reasoning, and receiving criticism from prominent experts like Cornell University professor Emin Gun Sirer and smart contracts pioneer Nick Szabo, EOS was ranked by the Chinese government as the best blockchain network in the world, ahead of Ethereum.

The Chinese government ranked EOS at the top, claiming EOS is the best blockchain network in the world by technology and innovation, as seen in the table below provided by Coinness.

Not a Perfect Ranking

No blockchain ranking can ever be perfect, because thousands of blockchain projects that are currently in existence can be segregated into at least 10 different categories, including smart contracts, payment, proof-of-stake (PoS), bank protocol, utility token, tokenized security, and appcoins.

Hence, depending on the criteria of the ranking, there could be discrepancy in the ranking of top blockchain networks.

However, there should exist fundamentals and base criteria in judging blockchain protocols. The Chinese government’s CCID blockchain rating has a decent structure involving three criteria: technology, application, and innovation.

The technology criterion likely refers to the proof-of-stake (PoS) consensus algorithm of EOS and its ability to process significantly more transactions than proof-of-work (PoW) blockchains as a result. Given that Ethereum is aiming to become a hybrid PoW and PoS blockchain network in the future, it is fair to give additional points to EOS for its successful integration of PoS.

But, EOS is still based on the Ethereum network and without the Ethereum base layer, EOS does not exist. Hence, in technology and applicability, Ethereum should be ahead of EOS.

Relatively high points given to EOS in the criterion of innovation also has to do with its large capacity due to its PoS protocol. The Ethereum open-source development community currently has more than 250,000 developers working on scaling solutions like Sharding and Plasma, which Ethereum creator Vitalik Buterin previously said that could increase the transaction capacity of Ethereum to 1 million transactions per second.

In consideration of the efforts being made by the Ethereum community to scale its blockchain network organically without creating a tradeoff between scalability and decentralization, it can also be argued that Ethereum could be ahead of EOS in innovation.

“The reason I think layer 1 and layer 2 [networks] are complementary is that ultimately, if you look at the math, the scalability gains from the layer 1 improvements and layer 2 improvements do ultimately multiply with each other. If you have a Sharding solution, the Sharding solution itself might increase the scalability of Ethereum by a factor of 100, or eventually even more. But then, if you do Plasma on top of the scalability solution, then what that means is, you’re not just doing 100 times of the amount of activity but you are doing 100 times the amount of entrances, the amount of exits, and despite resolutions,” Buterin said.

EOS is a Good Project

EOS is one of the better PoS projects in the market and it is still in its infancy, given that the project’s mainnet has been live for less than a week. EOS has the potential to evolve into the best blockchain protocol in the world but to claim that a blockchain network that has existed for a week with a relatively small developer community is the leading blockchain protocol is premature.