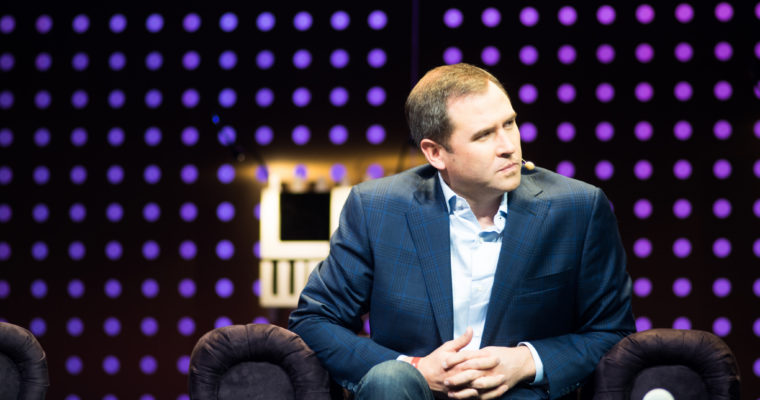 Brad Garlinghouse, the billionaire CEO at Ripple Labs, the company that oversees the development of XRP, the $18 billion blockchain network, has said for the first time in public that Coinbase should integrate XRP, the native cryptocurrency of the Ripple network.

CEO Says Ripple is Clearly Not a Security

In an interview with Jeff John Roberts from Fortune at CB Insights Future of Fintech conference in New York, Ripple CEO Brad Garlinghouse said that XRP is solving problems at scale for institutions and large-scale banks, and Coinbase should be interested to participate in it.

“As we solve problems at scale for institutions, I think it’s in Coinbase’s interest to participate in that,” said Garlinghouse, adding that XRP is clearly not a security.

Garlinghouse emphasized that XRP exists independent of Ripple and even if the company Ripple Labs failed, XRP would exist as a cryptocurrency. Moreover, Garlinghouse noted that XRP tokens have a technological purpose of settling transactions between institutions and individuals as a utility currency, unlike stocks and traditional securities.

“I think it’s really clear that XRP is not a security. XRP exists independent of Ripple and it would operate even if Ripple Labs failed,” said Garling house. “I don’t think that our ownership of XRP gives us control. Saudi Arabia owns a lot of oil-that doesn’t give them control of oil.”

In essence, Garlinghouse outlined four reasons to justify the non-security nature of XRP and reasons as to why exchanges like Coinbase should add XRP:

Although the arguments of Garlinghouse are reasonable and logical, they are still the opinion of the company and not an official clarification from the US Securities and Exchange Commission (SEC).

Last week, Chris Concannon, the president of the Chicago Board Options Exchange (Cboe), who remains confident in the long-term growth of the cryptocurrency market, said that the US SEC will go after both investors and distributors of tokens if the SEC finds tokens that can be categorized as securities.

“The reckoning will come in two waves. First, the SEC will go after ICO market participants. Then, class-action lawsuits against the teams behind ICO projects will surge. The actual party that offered the unregistered coin, they could have been involved in issuing an unregistered security. Anyone who sold that off could be deemed an unregistered underwriter. If you sold someone an unregistered security you are liable to them if they decide to take them to court,” Concannon said.

So, although highly unlikely, if Coinbase adds XRP and the currency turns out to be a security under US laws, both Coinbase and XRP traders on the exchange are liable and can be punished as unregistered security distributors.

Hence, Coinbase will likely not add XRP unless the SEC offers an official clarification that XRP is not a security, with absolute certainty.