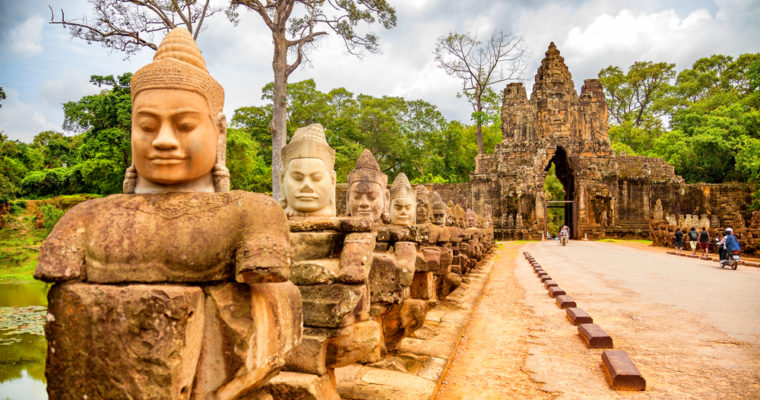 Authorities in Cambodia have formally warned domestic investors that they risk incurring penalties for buying, selling, or trading cryptocurrencies without getting a license first.

“Any person or legal entity that propagates to mobilize funds, buys, sells, trades or settles Crypto Currencies without obtaining license from competent authorities shall be penalized in accordance with applicable laws,” a statement signed by the country’s central bank, National Bank of Cambodia, as well as the country’s police service and securities regulator said.

The authorities also warned investors that dealing in cryptocurrencies could result in losses owing to the volatile nature of the assets. The risk of hacking was cited as well.

Additionally, the General-Commissariat of National Police, the Securities and Exchange Commission of Cambodia, and the National Bank of Cambodia warned that protection mechanisms for customers were lacking. Some of the cryptocurrencies which were singled out in the statement were Forex Coin, K Coin, Suncoin, KH Coin, and OneCoin, which has been alleged to be a Ponzi scheme.

Late last month 98 people were prosecuted in China over their involvement in the alleged Ponzi scheme with more than $267 million being recovered in the process. This came after an investigation which started in July 2016. Other jurisdictions where the Ponzi scheme revolving around the cryptocurrency created by Bulgarian national Ruja Ignatova is being investigated include Ukraine, Canada, Italy, Ireland, the United States and the United Kingdom.

This is not the first time that Cambodian authorities have issued warnings over cryptocurrencies. Last year in December the director general of the National Bank of Cambodia, Chea Serey, urged caution with regards to the nascent technology while warning that they were illegal. This though did not prevent speculation that the country would launch a national cryptocurrency following in the footsteps of Venezuela.

‘No’ to national cryptocurrency

In March this year, for instance, reports emerged that a firm known as Entapay founded by Chinese businessmen would be unveiling a “legal digital tender” in an event where the country’s deputy prime minister, Men Sam An, would be the keynote speaker. Both the Securities and Exchange Commission and the National Bank of Cambodia quickly denied the reports saying that a state-backed cryptocurrency was not under consideration. While not the first cryptocurrency to try launching in the Southeast Asian country, Entapay was the first to claim that it had the broad support of the government.

Despite the harsh stance on cryptocurrencies the National Bank of Cambodia has warmly embraced blockchain technology. Two months ago, the central bank inked a deal with a Japanese firm with a view to developing a blockchain technology solution which will be used in tracking interbank transactions.